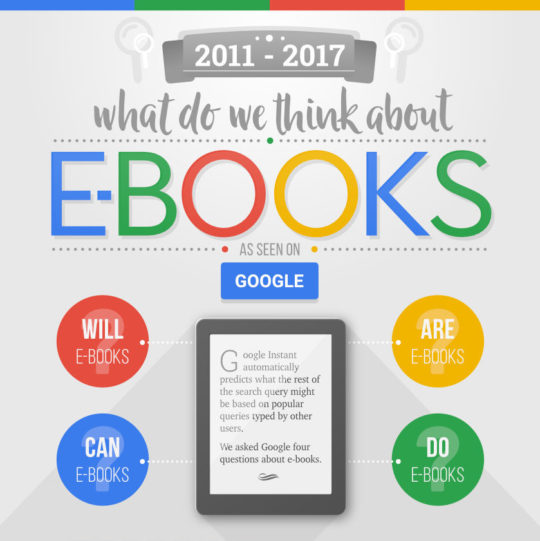 Are we still afraid of ebooks? Which benefits are we most interested in? Which features are most needed? Are our attitudes towards digital books evolving?

It turns out Google web search can be a useful source of information. One of its features, Google Instant, suggests search phrases as you type.

The suggestions are based on popular searches. It means the four results you see in the drop down menu under the search box are the most common questions asked by internet users.

The results are presented in an infographic below, and if you’d like to further explore the topic, here are the previous highlights:

Click or tap the infographic to see it in full resolution. Feel free to share it (Creative Commons license). You’ll find the embed code below the image.

What do we think about ebooks (infographic)

Grab the embed code from below and paste it into your blog: