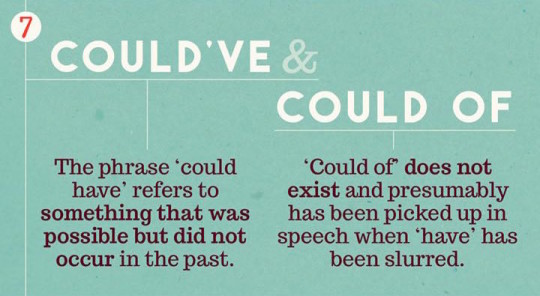 The English language can be highly confusing. It’s full of inconsistencies and evolving rules.

The infographic prepared by a student accommodation site Urbanest puts the most confusing cases together, being an extensive visual guide to English grammar, spelling, and punctuation.

It’s one of the most useful English grammar infographics we’ve ever seen. Instead of just showing grammar mistakes, the visual presents examples of sentences with the correct usage.

You will see words and phrases that cause most common grammar mistakes, grammar rules that can be broken, a list of most commonly misspelt words, and punctuation rules to follow.

No matter what you study, a good grasp of English grammar is important in order to be taken seriously in your writing and can also help you gain a few extra marks, too.