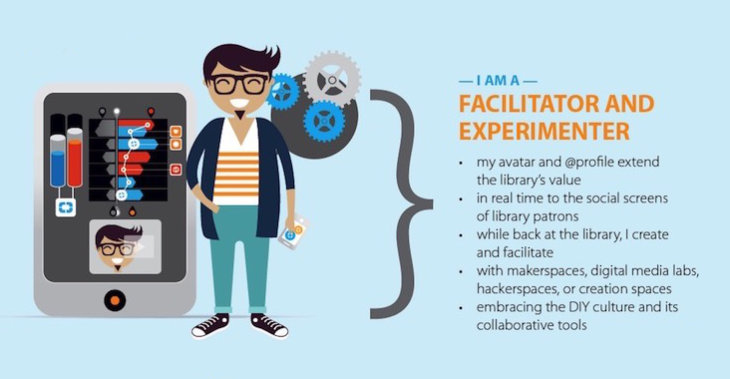 Digital world demands from a librarian one more skill – ability to use social media to curate, educate, and promote.

Library Connect together with Joe Murphy prepared a wonderful infographic that pictures many faces of the social librarian.

You don’t have to undertake all the activities listed below. Fitting well into one of the profiles is more than enough.

Which portrait is closest to what you’re already doing?

The social librarian is enmeshed in the fabric of the Internet of Things as curator, educator, filter, and beacon. In this complex, dynamic and demanding environment, librarians are extending themselves and empowering library users.

Click or tap the image to see it in detail. 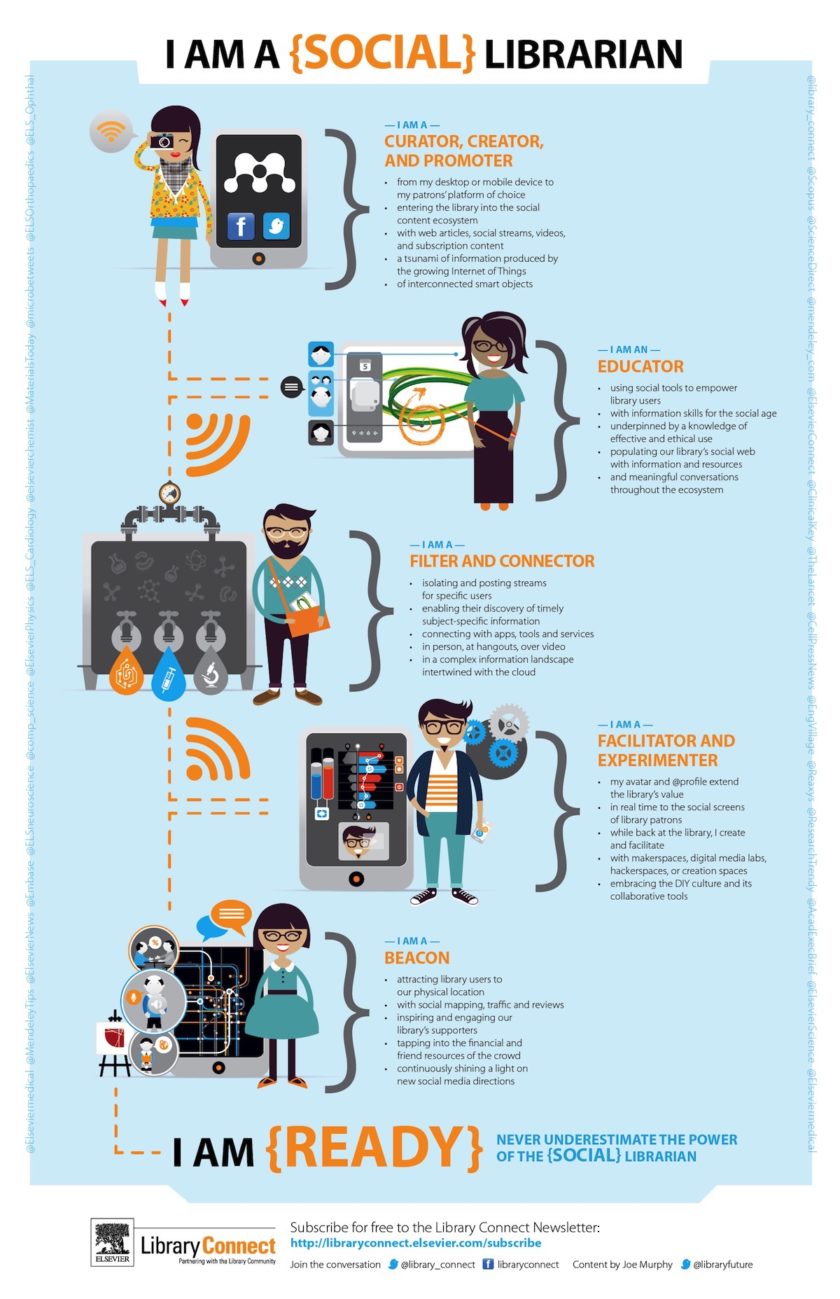