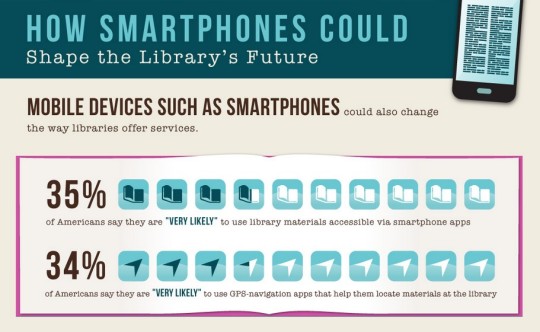 The future of libraries as seen through the facts and figures about those who are shaping it: the librarians.

To promote The Master of Management in Library and Information Science, University of South California came up with a new infographic, Library Industry Outlook.

The visual is extremely interesting not only for those who plan their future with libraries, but for anyone who cares about the future of libraries.

You’ll find here, first of all, a comparison of salaries of library stuff, depending on specialization. A general rule is that the more computer literate you are, the more you earn.

Information security analyst earns $86,170 – twice as much as a reference librarian ($45,614). Archivist earns three times less than information systems manager. The latter one is the highest paid library employee ($120,950).

IT related jobs are going to grow faster than average, but that’s obvious – already now libraries offer much more than books.

The infographics includes also interesting findings about how smartphones and e-readers can influence the evolution of libraries. Just one figure to tease you: 35% of Americans say they are very likely to use library materials that are accessible via smartphone applications.