Common Sense Media, a non-profit organization that provides education and tools to children and their parents, has prepared a report that tracks trends in reading achievement over time among kids and teenagers in the United States.

The report, Children, Teens, and Reading, puts together and analyzes various researches and findings made in the recent years in the United States.

We focus on national surveys and databases for data on children’s reading habits and reading scores, looking at differences across time, and between demographic groups.

Reading for fun drops off dramatically as children get older. Since 1984 the proportion of tweens and teens who read for pleasure once a week or more has dropped:

This is alarming, but on the positive side is the use of electronic devices to read.

Ereading has the potential to significantly change the nature of reading for children and families, but its impact is still unknown.

The infographic below highlights most important findings. The entire report is available for download as pdf document here. 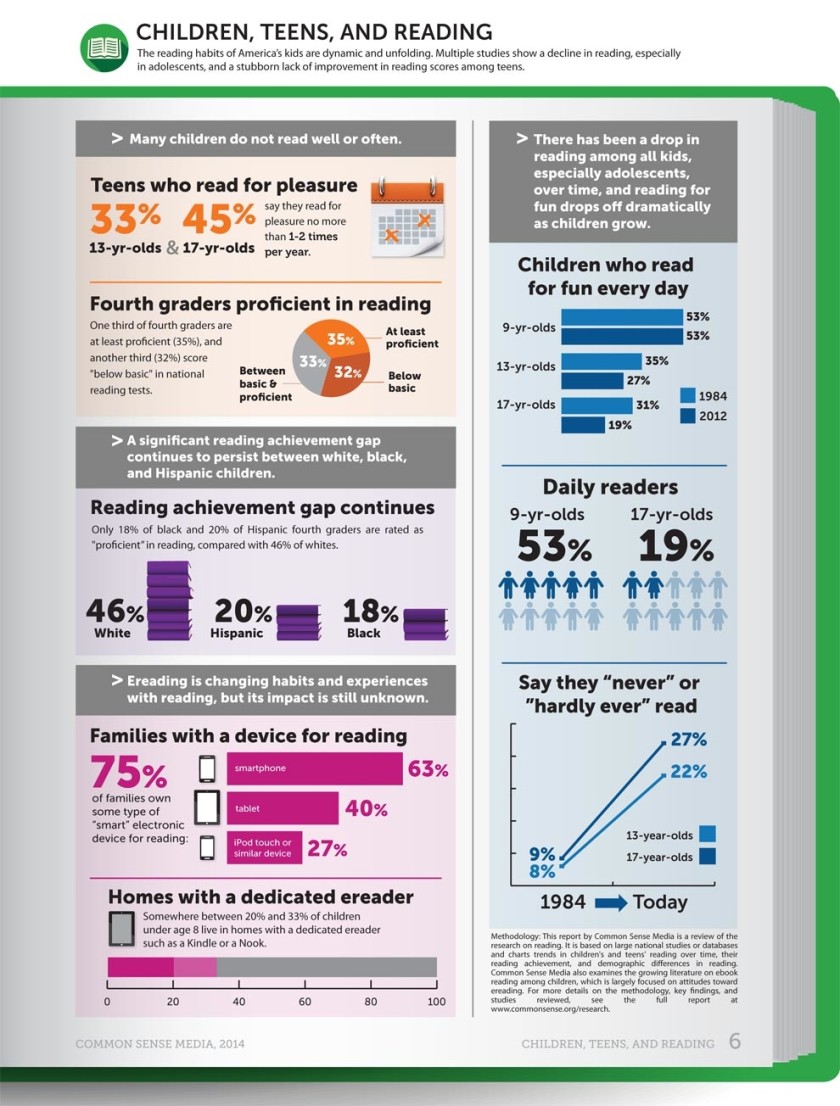 Other infographics to check out:

Reading among America’s kids and teens (infographic) https://ebookfriendly.com/reading-among-americas-kids-and-teens-infographic/ via @ebookfriendly