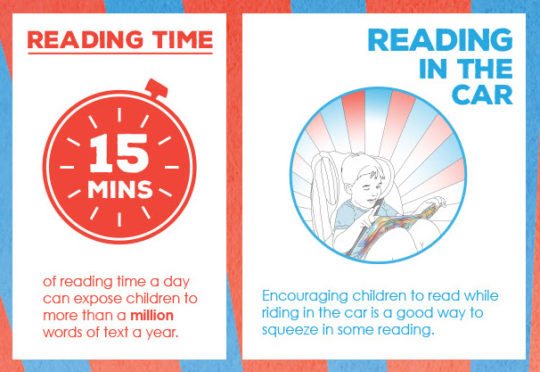 Reading for only 15 minutes a day can expose kids to more than one million words per year. That’s why every minute spent with a book is important.

How much time do your kids spend every day on their way to and from the school? Is it 15 minutes, 30 minutes, an hour or two?

A manufacturer of child safety seats Diono has published an infographic that shows interesting facts about reading in the United States, and encouraging kids to pick up and read a book in the car. 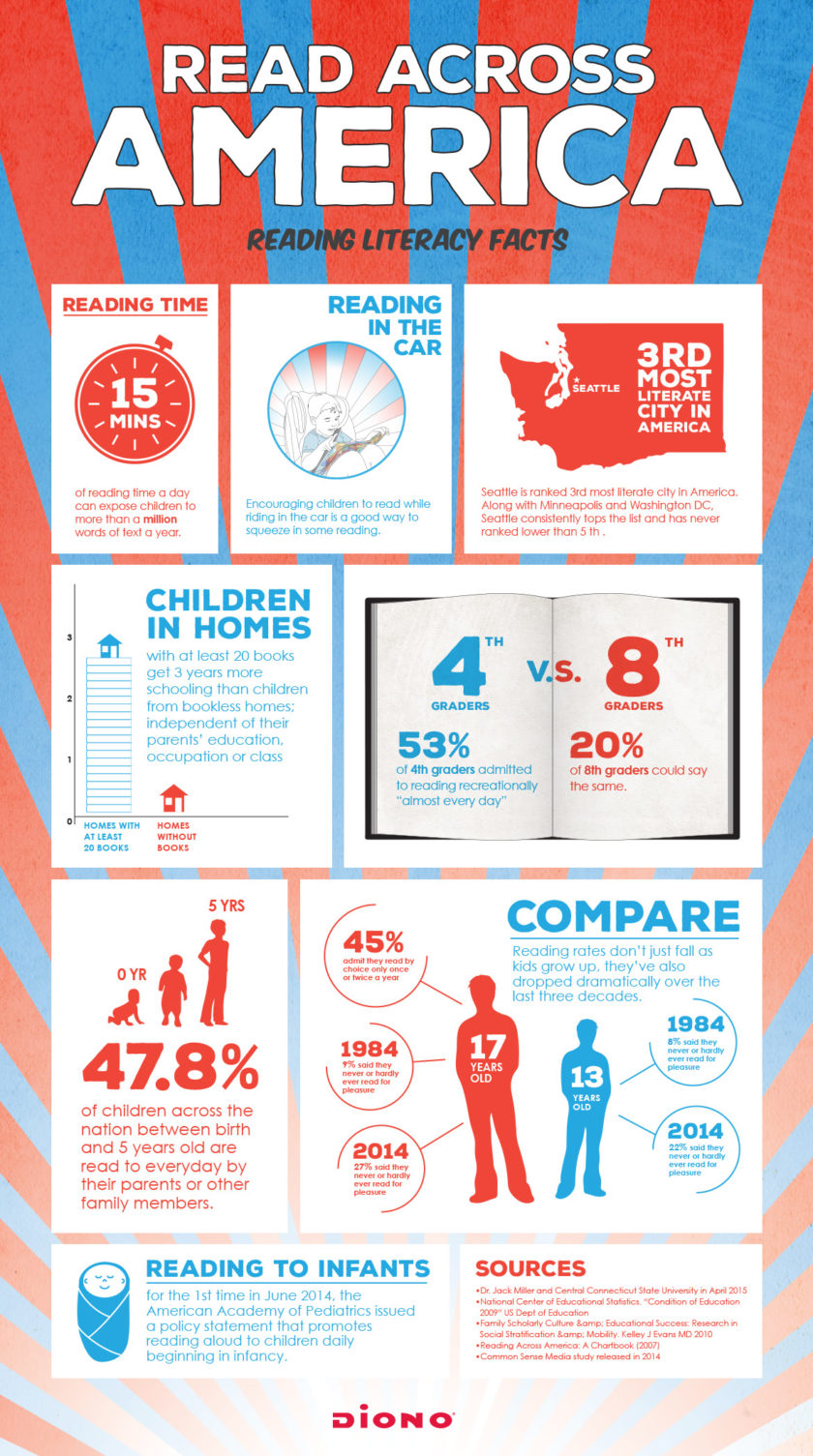 Encouraging kids to read books on the go (infographic) https://ebookfriendly.com/reading-across-america-children-infographic/ via @ebookfriendly