Are you ready to run the one-person library? This great checklist will let you find it out.

Many people, when they think of a library, see an institution run by a group of dedicated professionals. The truth is, many librarians work alone.

Larry Cooperman, a faculty librarian at the University of Central Florida, has prepared a great infographic called Are you a solo librarian? It will let you find out whether you will make a successful solo librarian.

The visual is, in fact, a checklist that lists eight major areas of competence:

There are three questions in each field. One checkbox checked makes one point. If your score will be between 20 and 24, you are perfectly suited to run the library on your own! 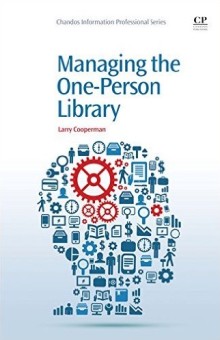 The book provides a useful information that librarians can use when confronted with the challenges of running a small library.

I never found a solo librarianship position lonely or difficult; I appreciated the challenge to learn new skills and to manage a library successfully on my own.

In the original post on Elsevier, you’ll find a downloadable version of the infographic in pdf format.

Click or tap on the image to see it in full resolution.

Don’t stop exploring. Here are other posts about libraries: