What are the top 10 most sold books of 2018 across all formats (Kindle, print, audiobooks, subscriptions) – in both fiction and nonfiction? Take a look

According to Amazon Charts, the most sold nonfiction book of 2018 was Michael Wolff’s Fire and Fury. You’ll be surprised to learn what was the most sold fiction.

Amazon has just revealed This Year in Books. It’s an annual list of the most sold, quotable, and unputdownable Kindle and print books in all formats, as well as most listened to Audible audiobooks.

This year-end ranking is an exciting glimpse into the reading trends and is based on Amazon Charts, weekly bestseller list that shows the latest trending books across all formats, not just one.

Each weekly Amazon Charts ranking combines sales of all editions of the single book: print, Kindle, audiobook, and the digital subscription (such as Kindle Unlimited or Amazon Prime Reading).

This Year in Books, although not as stunningly prepared as the interactive 2017 edition, is an entertaining way to find new books to download to your new Kindle or a Kindle app on your new Fire or iPad.

Fire and Fury is an obvious winner in nonfiction, but can you guess what the most sold fiction was? It’s not The President Is Missing co-authored by James Patterson and Bill Clinton. It’s not Tara Westover’s Educated. It’s not The Great Alone by Kristin Hannah. These novels are ranked high in the Top 100 Kindle best sellers of 2018, but when the sales of all editions are combined, they give place to the book that was first released in… 2011.

Most sold fiction book of 2018 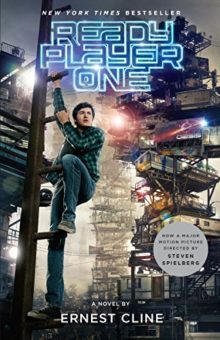 The book with most sales in 2018 across all formats on Amazon.com, Audible.com and in Amazon Books stores was a science-fiction novel Ready Player One.

This debut book by Ernest Cline was released in 2011 and soon became a worldwide publishing phenomenon. Set in 2045, the story follows teenage Wade Watts who enters a global virtual reality game called OASIS in a quest for a prize that will enable him to inherit the game creator’s fortune.

The book’s sales success in 2018 is mostly a result of the movie adaptation, produced and directed by Steven Spielberg, with Tye Sheridan as Wade Watts. The movie was released in March, and its plot, co-written by Zak Penn and Ernest Cline, was significantly different from the novel.

Another factor that made Ready Player One the most sold book of 2018 is the Audible version. The audiobook was released in 2011 and is narrated by Wil Wheaton. It’s one of the most popular Audible audiobooks of all time, scoring over 200,000 ratings, and enjoying the average rating of 4.8 out of 5.

It’s worth noting that for a limited time the price of a Kindle edition is set at $2.99, enabling you to save $7 ( 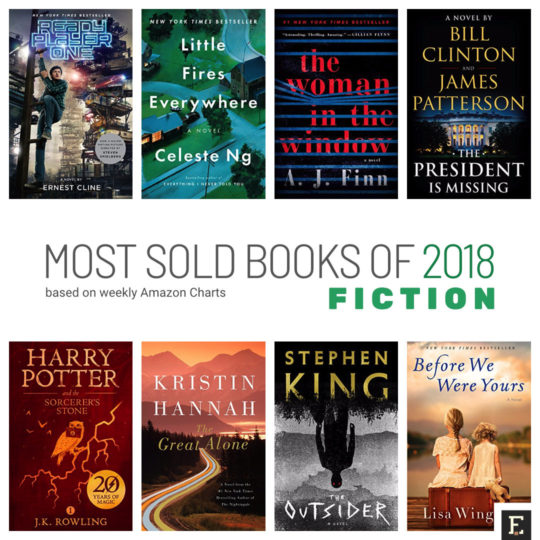 Most sold nonfiction book of 2018 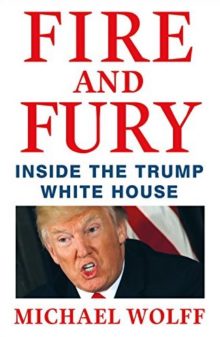 It’s no surprise: the most sold nonfiction of 2018 is Fire and Fury: Inside the Trump White House by Michael Wolff.

Since its release in January, it was the most talked-about book in 2018, instantly jumping into most book best seller lists. 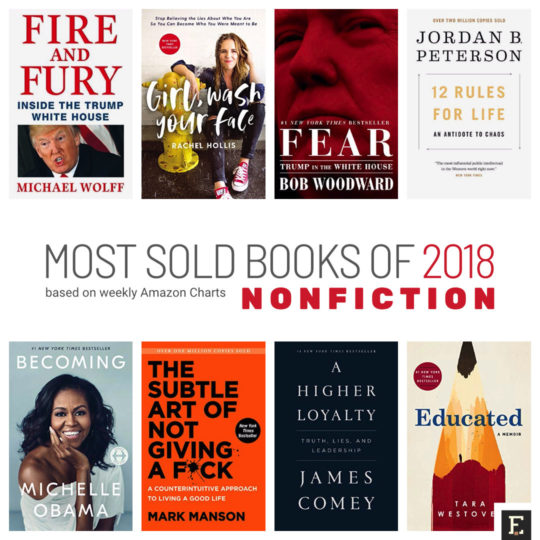 What were the most sold books of 2018? https://ebookfriendly.com/most-sold-book-of-2018-fiction-nonfiction/ via @ebookfriendly