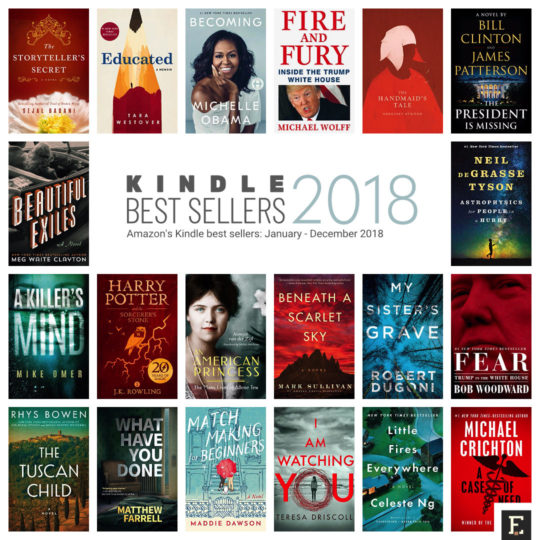 A list of this year’s Kindle best sellers is the easiest way to explore Kindle Unlimited books. As much as 80 of them are in the Top 100.

Are you looking for the best books you could download to your Kindle e-reader or a Kindle app on your new tablet?

Getting books recommended by editors and reviewers is one way of finding books. Another way is exploring book best seller lists. They reflect how readers vote for books. They vote not only with ratings or reviews. Most of all, they vote with their wallets.

The annual list of Top 100 Kindle best sellers was always on our radar. It shows the state of the Kindle Store and its evolution.

Titles from big publishers (which are usually not available via Kindle Unlimited) are pushed down the list. The first non-subscription title takes the 8th place. It’s Michael Wolff’s controversial biography of Donald Trump, Fire and Fury.

The Top 100 list is flooded with titles from Literature & Fiction genre. This genre dominates the Top 20. That’s why grouping books into genre-specific Top 10 lists can give a chance to books from other categories, like nonfiction, teen & YA fiction, or biographies, which are ranked in the second half of the main list.

If you are a science fiction fan, you will be disappointed to discover that only two books are on the list: The Handmaid’s Tale at #1, and Norse Mythology by Neil Gaiman at #98.

Books from Harry Potter series were placed by the publisher in two categories: YA and children’s books. And, as the series is available via Kindle Unlimited, these categories in Top 100 are basically owned by Harry Potter.

Below, you will find books from the list of Top 100 Kindle best sellers of 2018, split into Top 10 category lists. Besides the title and author, each entry includes information about the book’s place in the main Top 100 ranking (brown box).

Plus, if you also see the gray box with the text “KU,” it means the book is available via Kindle Unlimited subscription. 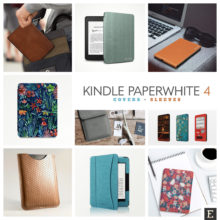 Kindle best sellers of 2018 by genre

How to find book best sellers on Amazon

Besides Amazon’s list of best selling books of the year, there are also other ways to spot most popular books:

Today’s Top 100 Book Best Sellers – every major category in the Amazon store has its own list of best-selling items. Top 100 lists get updated a few times a day, so they are a great tool to find the hottest titles. The lists, both for print and Kindle books, are split into genres and subgenres, making it easy to find most popular titles in your favorite category.

New York Times Best Sellers – Amazon runs special sections featuring books that made it to weekly best sellers lists by The New York Times. The NYT lists can be found in both print and Kindle sections. We link to the second directory. It features books from the combined charts (print and ebook editions) for fiction and nonfiction.

Are you interested in the Kindle? Check out more posts: