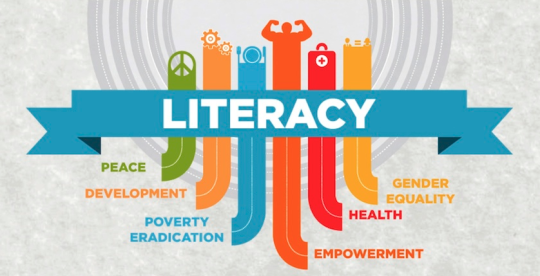 Literacy is the human right, but there are still 781 million illiterate people in the world.

Every single day is good to spread the word about literacy, and help organizations like UNESCO or Worldreader to bring educational opportunities to people in developing countries. One day, however, is special.

It’s the International Literacy Day. On that day, the global community learns new facts about literacy – how much has been achieved, and how much we all have to challenge.

Literacy in the world 2014 infographic, was designed for UNESCO by Antonio di Vico, and shows latest literacy rates around the world.

The global illiterate population is 16% of world’s population. Compared to last year’s infographic, the number has increased by 6 million, from 775 to 781 million. There are countries, however, where the struggle with illiteracy brings effects. In India alone, the number of illiterate adults has decreased by 1 million last year.

Literacy is a development accelerator and a force for peace.

Today’s world needs peace more than ever before. The books are the rescue.

Click on the image to see the infographic in full resolution.