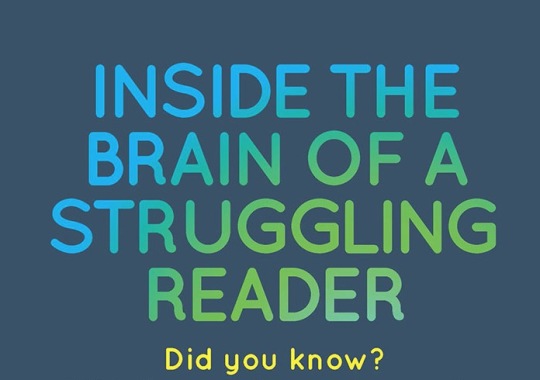 Here is another great infographic that brings us closer to understanding the process of reading.

The chart was developed by We Are Teachers, an extensive online resource for teachers and educators, in cooperation with Scientific Learning.

Why some people find reading difficult? Common reasons are home environment, and other social and economic factors. But there is also the one inside us – the brain.

The differences in three main brain areas can affect our ability to read:

Two kids raised in the same neighborhood, and having the same access to books, may hugely differ in reading comprehension. And it’s all because one of them is having a less active Wernicke’s area.

Fortunately, our brain has the ability to change during the course of life. We can stimulate certain areas. They can physically get bigger. The kid in the neighborhood doesn’t need to be a struggling reader any longer.

It’s where teachers can help. One of the ways is to join Fast ForWord, an online reading intervention program that targets language, memory, and attention skills.

Click on the image below to see it in full view, and don’t hesitate to visit the original page on We Are Teachers.

Don’t stop exploring. Here are more infographics to check out: