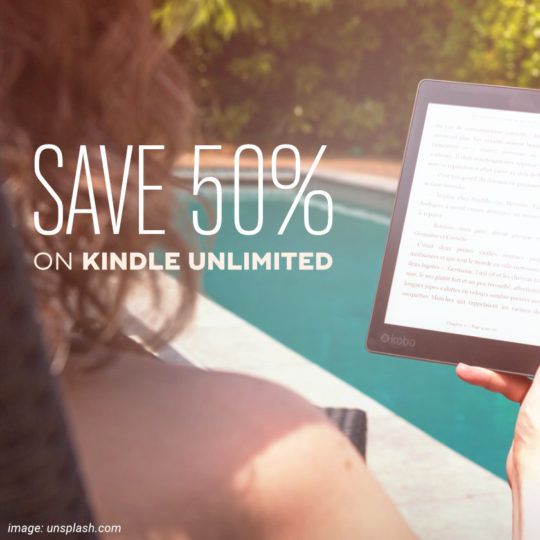 A new Kindle Unlimited deal: get the 6-month plan for half a price. The deal ends on October 13, 2018 / Photo: Perfecto Capucine

Enjoy three months of Kindle Unlimited subscription free of charge, if you sign up before October 13.

It’s one of those unexpected Kindle deals that Amazon is running to break the silence related to new Kindle models.

A few days ago, Prime members could get Kindle and Kindle Paperwhite at prices reduced to the Black Friday 2017 level.

Now, out of nowhere, there is a new deal on Amazon’s popular digital subscription. You can grab the 6-month Kindle Unlimited plan for half a price.

This deal is good, very good. Usually, when Amazon offers Kindle Unlimited deals, you can save on three plans – the longer the subscription period the more you save. The usual saving for the 6-month plan was 25%.

And now, you can save twice more! You can grab the six-month plan for $29.97 instead of , which means you save 50%, not 25%. In other words, for the price of three months, you will have unlimited access to over 1.4 million Kindle Unlimited books for six months, until April 2018. Afterward, you will be charged a monthly fee of $9.99, unless you cancel your Kindle Unlimited subscription before the end date.

The biggest Kindle Unlimited deal so far this year was running right before Prime Day 2018, and users (not only Prime members) could save 40% on the two-year plan.

The current Kindle Unlimited limited-time offer is valid through October 13, 2018. You are eligible to grab the deal if you are located in the United States and are not currently subscribed to Kindle Unlimited.