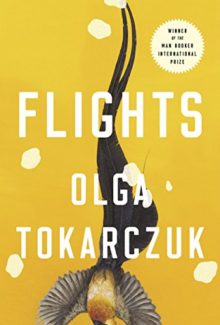 Chopin’s heart is carried back to Warsaw in secret by his adoring sister. A woman must return to her native Poland in order to poison her terminally ill high school sweetheart, and a young man slowly descends into madness when his wife and child mysteriously vanish during a vacation and just as suddenly reappear.

Through these brilliantly imagined characters and stories, Flights explores what it means to be a traveler and wanderer.