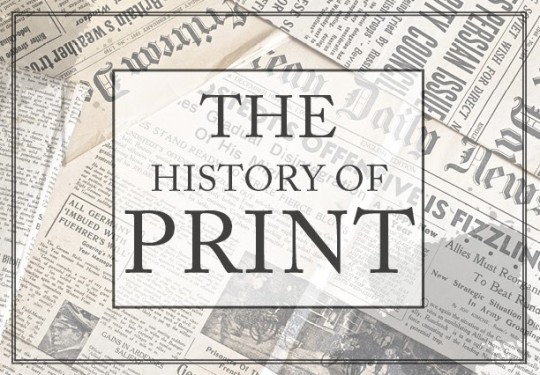 The infographic was created by the design company Mediaworks for Cartridge Discount.

It’s not the first infographic showing a history of the book, printed word, and publishing. Have a look at:

Click on the image to see enlarge it to full resolution.