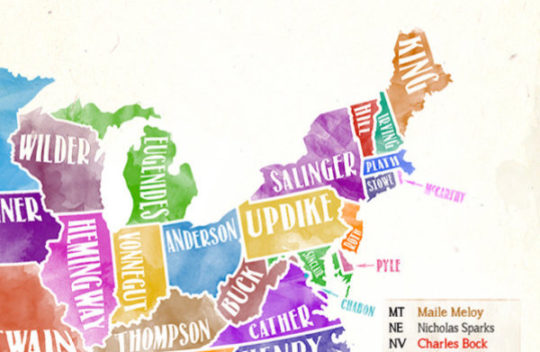 The idea of combining facts about books with the visual impact of the map is a highly intriguing and involving way to present literature.

We’ve seen several stunning literary maps so far, and the new example will surely join the list of the top designs.

The map is called Famous American Authors From Each State. It was created by Jeanne Stevenson, a designer and photographer from Charleston, West Virginia.

The idea for this beautiful watermark artwork is simple: to pick up one famous author for one US state. Some bold decisions had to be made! Check out which author was picked for your state.

You may disagree with the choice of authors – and it’s the biggest advantage. The visual can be a great prompt for a book club discussion – just like the map that picks one book for one country.

I’ve found the literary map of American authors on Etsy, where Jeanne Stevenson offers it in her shop, Echo Literary Arts, as a poster.

Click or tap the map to see it in high resolution. 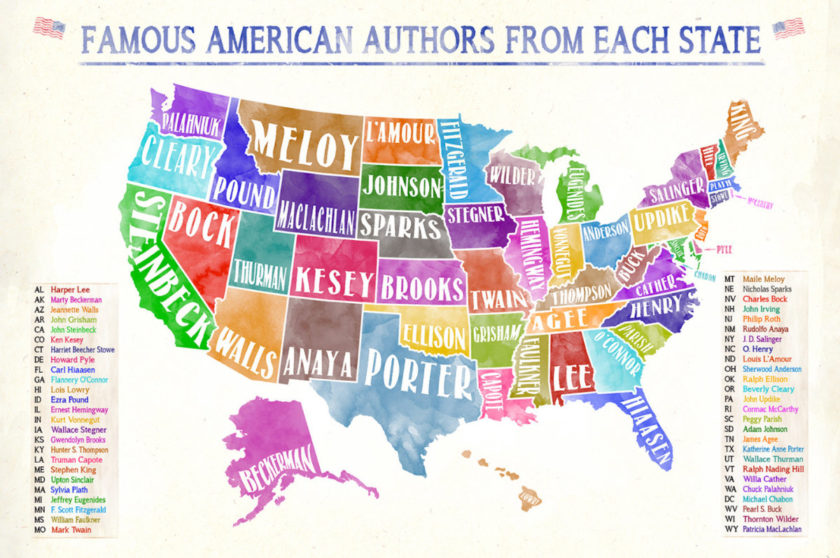 Keep exploring. We’ve got a lot more charts and infographics about books:

Famous American authors from each state (infographic) https://ebookfriendly.com/famous-american-authors-each-state-infographic/ via @ebookfriendly