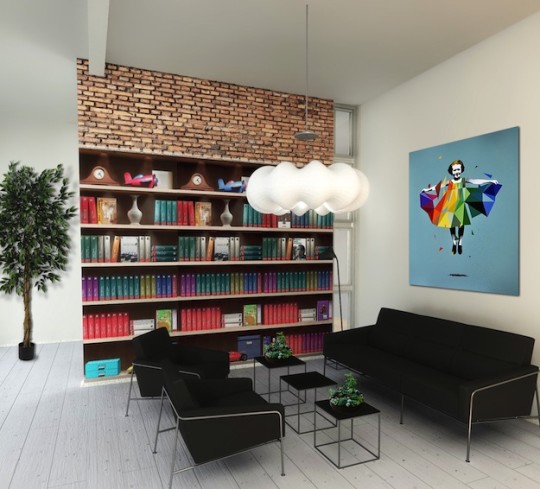 Here is another great idea that promotes books, and digital books in particular.

Vodafone Romania together with furniture store MobExpert, have developed a genuine innovation in interior design.

It’s called Digital Library Wallpaper, and it’s an adhesive wallpaper that resembles a bookshelf filled with books. When you take a closer look, you’ll see that on every book spine there is a QR code.

Scan the code with your phone or a tablet, and the free ebook will be immediately delivered to your device. 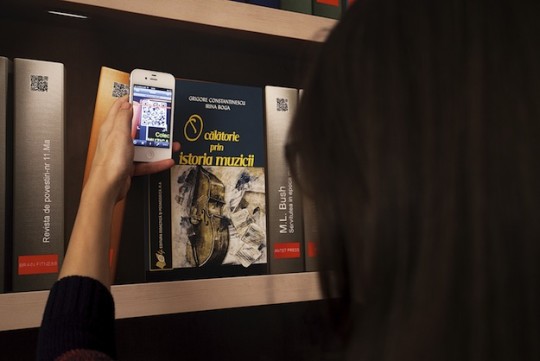 The wallpaper can be bought at Biblioteca Digitala. Each sheet costs around $100, and can be customized, using an online dashboard.

Users can choose between different bookshelf designs. Then they can pick up favorite books from a list of free titles. Finally, they can add some decorations and even personal photos.

The digital library wallpaper does not take up any floor space and helps brighten up an unused wall in people’s room or apartment. It’s perfect for book lovers who also love technology and don’t have the floor space for a physical shelf.

It’s not the first campaign of Vodafone Romania, that encourages to increase mobile data usage. A stunning digital library on Victoria Square metro station in Bucharest was created by the same ad agency, McCann Bucharest. 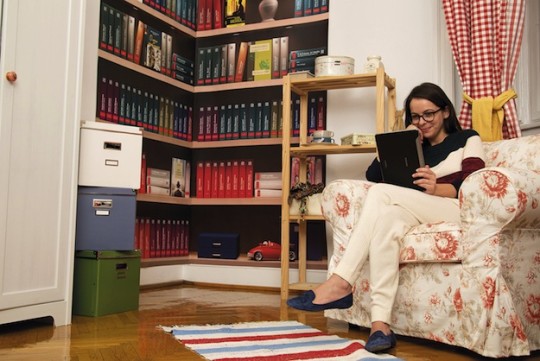