Why we love the smell of old books? The nose is responsible for that. It’s one of the strongest ways to trigger memories, old good memories from times when parents had used to read books to us in bed.

Compound Interest, the blog exploring the chemistry behind everyday objects, has published a very interesting infographic (also embedded below), explaining differences between the smell of old and new books.

When you buy a new book, you’ll mostly feel:

As stated, differences in paper, adhesives, and inks used will influence the ‘new book smell’, so not all new books will smell the same – perhaps the reason why no research has yet attempted to definitively define the aroma.

The old book smell is a result of the degradation of the three major ingredients described above. What you’ll feel is a combination of grassy notes with a tang of acids and a hint of vanilla.

No matter whether you are addicted to the smell of an old or new book, check out these perfumes, candles, and other home decor items with a great paper scent. 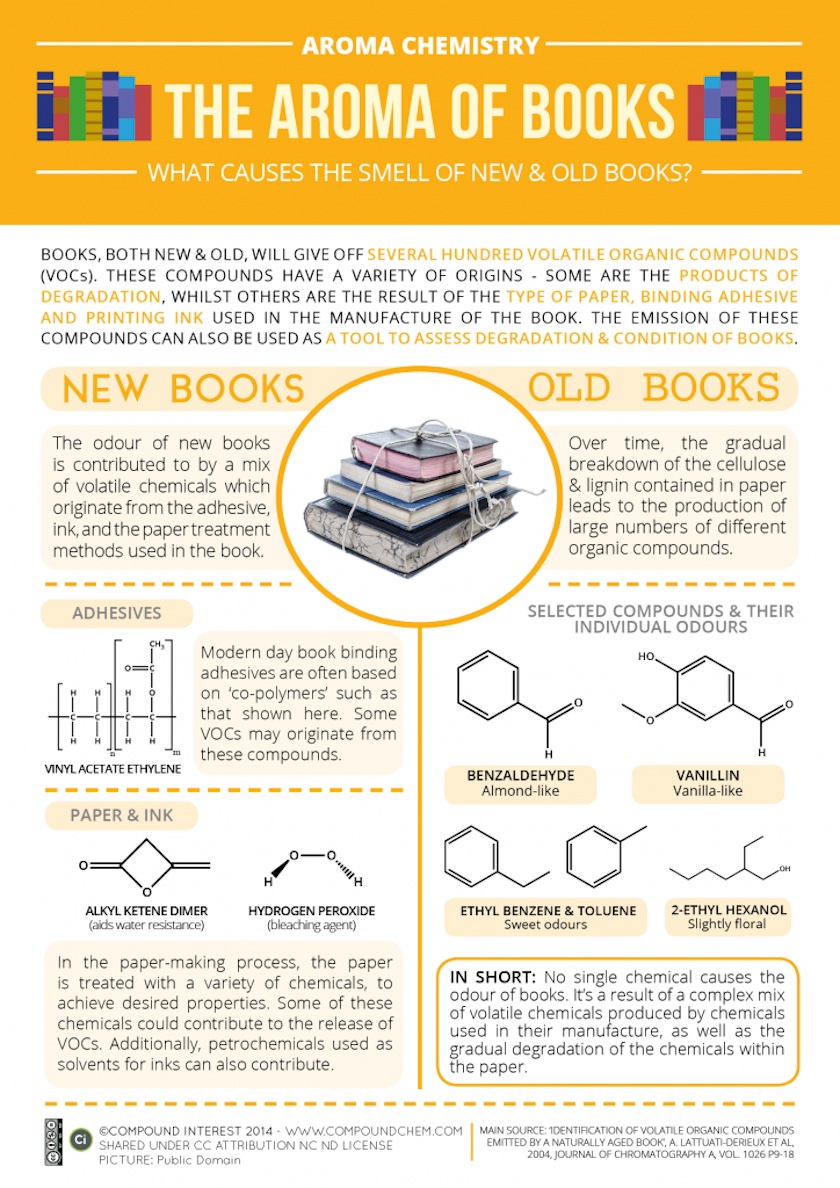 Other infographics to explore:

What causes the smell of old and new books? (infographic) https://ebookfriendly.com/what-causes-the-smell-of-old-and-new-books-infographic/ via @ebookfriendly