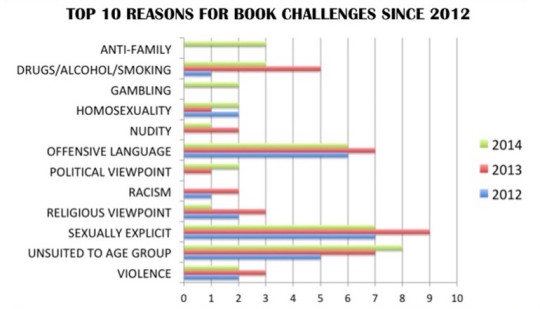 Do you know as much as 85% of book challenges went unreported and received no media attention?

Most of banned books infographics list particular titles and reasons to challenge them.

Compared to them, the new infographic from Simply Novel, a site for high school English teachers, is extremely compelling. It presents the facts and figures, gathered on ALA website, to help see the problem from a better perspective.

Here are some of the facts:

Take a look at the bottom of the infographic – a list of top reasons for book challenges in 2012-2014. Sex, drugs, and offensive language rank highest. What’s quite surprising, “anti-family” appeared for the first time in 2014, and it already became a fourth most common reason.