We’ve already shared here and here the infographics that list most misspelled English words. The visual below is different, though.

Prepared by Grammar.net, it’s based on hard data, not common experience. It lists the words that were most commonly misspelled (and corrected) when using an online spell checking tool SpellChecker.net.

So, it’s not only about not knowing the correct grammar, but also about simple typing mistakes. The example is “becuase” (oh, yeah, my spell checker spotted it immediately).

Using the spell checker is the easiest solution, but not the only one. The other solution is to try to focus on writing to avoid making errors in the first place. 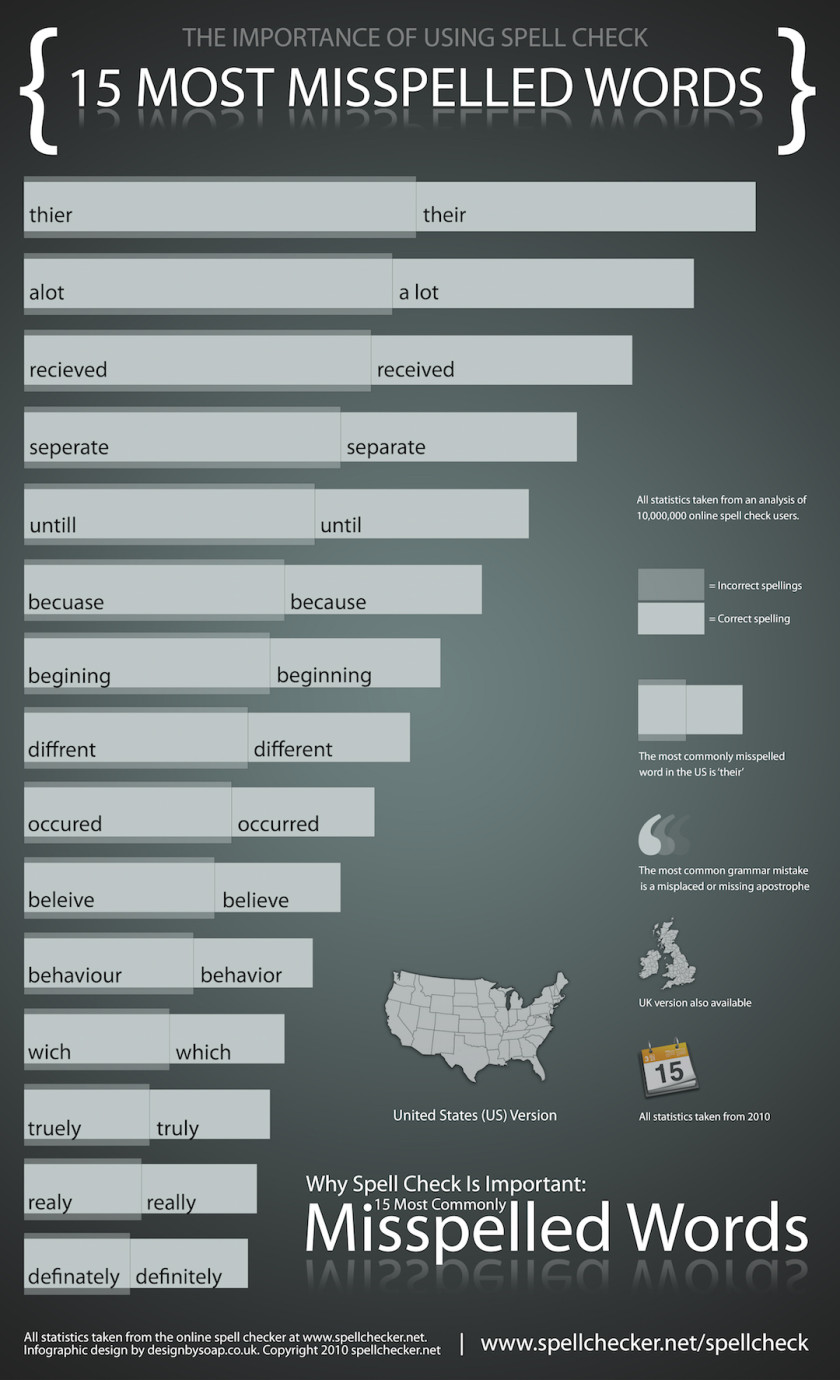