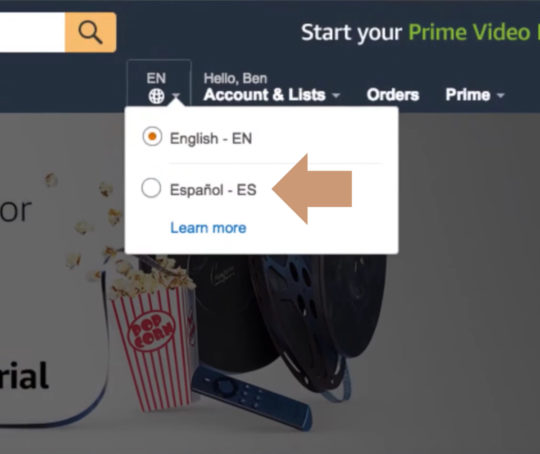 Users of Amazon.com will soon be able to browse the store in Spanish language / Image: CNET

Amazon’s main website will soon become much more convenient for Spanish-language users in the US and abroad.

Amazon.com online store was founded 23 years ago, and first products were shipped in 1995. Now, the company sells products to customers from over 180 countries and territories.

There is one condition, though. The customer has to know English. Luckily, it soon will be changed.

CNET reports that Amazon started to roll out the option to browse the store in the second language – Spanish.

Some users might have already seen this option, but it’s still unavailable for most of us. The new option will be added gradually over the next few weeks, and it’ll let not only search the site but also place orders and manage settings in Spanish.

Better late than never. According to Wikipedia, almost 430 million people speak Spanish as a native language. There are over 50 million Spanish-speaking customers in the US only, what makes it the second-largest Spanish-speaking country in the world, after Mexico.

How to browse Amazon.com in Spanish? On the right side of the top navigation bar, you should be able to see the globe icon. When you hover over it, you’ll see available language options.

When you switch to Spanish, the interface, store’s sections, and most banners will be displayed in the new language. However, don’t expect everything to change. Most probably, things like product descriptions will still be in English.

It’s worth noting that smaller Amazon stores, the ones in Canada, Japan, and Germany, offer multiple-language experience already. For instance, the customers of the German Amazon store can shop in one of four languages: German, English, Dutch, Polish, and Turkish.