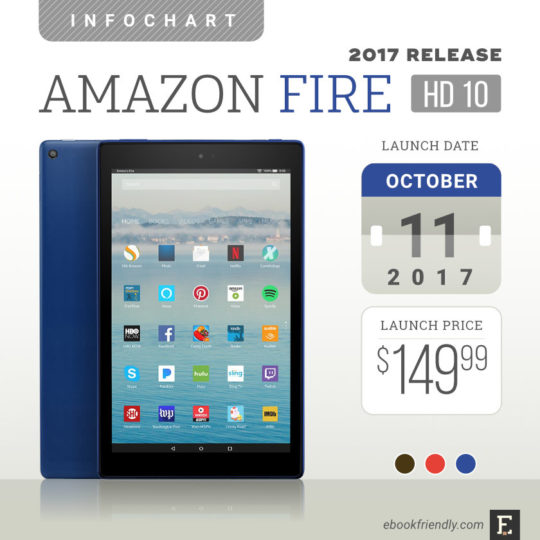 Two smaller Fire tablets were announced by Amazon in May 2017. Many users were wondering whether the upgrade of the biggest Fire, featuring the 10.1-inch screen, is going to be released this year at all.

In short, the 2017 Fire HD 10 is an affordable entertainment tablet that doubles as an Echo Show speaker. It combines two major benefits:

Hands-free Alexa – the 2017 Fire HD 10 is Amazon’s first tablet ever to offer Alexa voice assistant that can be operated hands-free. You can activate Alexa by simply saying the wake word, followed by the command. Therefore, the tablet can be used the same way as Echo Show – smart speaker with a display – but costs $80 less. 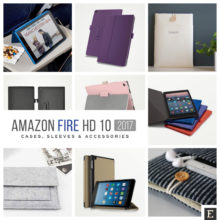 Top article
All-new Amazon Fire HD 10 (2017) cases, sleeves, and accessories you can already get. The list is frequently updated with new items.

The official release date of Amazon’s biggest tablet is October 11, 2017. However, you can pre-order it from September 19, when it was officially announced, together with a range of official accessories.

You can pick up either 32 or 64 GB of internal storage. As always, you can decide whether you want a cheaper version with special offers or pay $15 for an ad-free model.

Prices for all four available versions of Amazon Fire HD 10 (2017) are as follows:

Unlike the 7 and 8-inch tablets, no special offer accompanies the launch of the largest Fire. Well, there is a deal for Fire HD 10 Essentials Bundle. The tablet is bundled with original Amazon case cover and a screen protector. Instead of , you will pay $189.97, and keep $15 in your pocket. If you are going to buy these two accessories, getting the bundle is always a way to save extra money.

The smaller 2017 Fire tablets (Fire 7 and Fire HD 8) come in four colors. The 10.1-inch is offered in three variants: Black, Marine Blue, and Punch Red. You won’t find Canary Yellow on the list. Does Amazon think yellow is too fancy for the upper-level model? It’s quite possible.

What about official cases for Fire HD 10? They were available from the same day as the tablet. Again, no Canary Yellow in the range of colors. You can, however, pick up from four variants: Black, Cobalt Purple, Marine Blue, and Punch Red.

Comparing the device to its major competitors is always the best way to talk about its features.

Obviously, such top-shelf features as a dedicated keyboard case or smart pen support are not what you can get from Fire HD 10. However, if you are most interested in watching videos, the display is good enough to enjoy it.

The display of the Fire HD 10 is worse than in the competing tablets. That’s what you could have expected from a tablet that costs only $149.99. The pixel density is 224 ppi compared to 264 ppi in three other devices. It still lets you watch full HD videos, in a widescreen aspect ratio of 16:9, offering a resolution of 2.1 megapixels.

If it’s all you need, think twice before exploring other features such as cameras (the ones in Fire HD 10 are really bad) or internal storage.

When it comes to storage, tablets from Apple don’t have the slot for microSD card. Fire HD 10 and Samsung Galaxy Tab S3 have – and they can get extra of 256 GB for videos, music, or photos. Just to compare, the Wi-Fi only version of iPad Pro 10.5 with 256 GB of built-in memory would cost you $749. It’s five times more expensive than the entry-level version of Amazon Fire HD 10 (2017).

Let’s now have a quick look at how the 2017 Amazon Fire HD 10 stack up against its predecessors.

The other thing that may disappoint is cameras. The front one was never good enough to mention, but the main rear-facing camera is only 2 MP. The 2015 model had 5 MP.

Check out the review highlights of the 2017 Fire HD 10 from top tech bloggers. Follow the links placed under each passage to read the full review.

Amazon’s new Fire HD 10 won’t be for everyone, but it comes with a number of features you’d usually have to spend a lot more money on, and if you’re already embedded into the retailer’s ecosystem it may be the best slate for you.

The Fire HD 10 is a little more limited than your average Android or iOS slate as it’s running Amazon’s own software, but it does come with a few benefits, especially if you’re already an Amazon Prime subscriber.

At first glance it doesn’t appear to be the barn-burning deal that the Fire HD 8 is, but it still offers plenty of bang for your buck.

Hands-free Alexa is also new here. You can yell out “Alexa!” and have the tablet respond to any Alexa-compatible query. If you’re more interested in answers than music quality, a Fire HD 10 propped up in a stand is less expensive and more portable than an Echo Show speaker.

The sturdy construction should make this tablet perfect toddler fodder, too – it’ll survive a beating better than the ultra-delicate iPad Pro you had to take out a second mortgage to buy, anyway.

All that content is easier to find now, too, with a redesigned Recents screen that keeps track of all your content. Amazon has renamed it For You, and it will add shortcuts to your apps, games, videos, ebooks, and audiobooks, letting you pick up directly where you left off – even between reboots.

Want to take a closer look at the newest and largest of the 2017 Fire tablets? We’ve collected the high-resolution pictures in the gallery below. 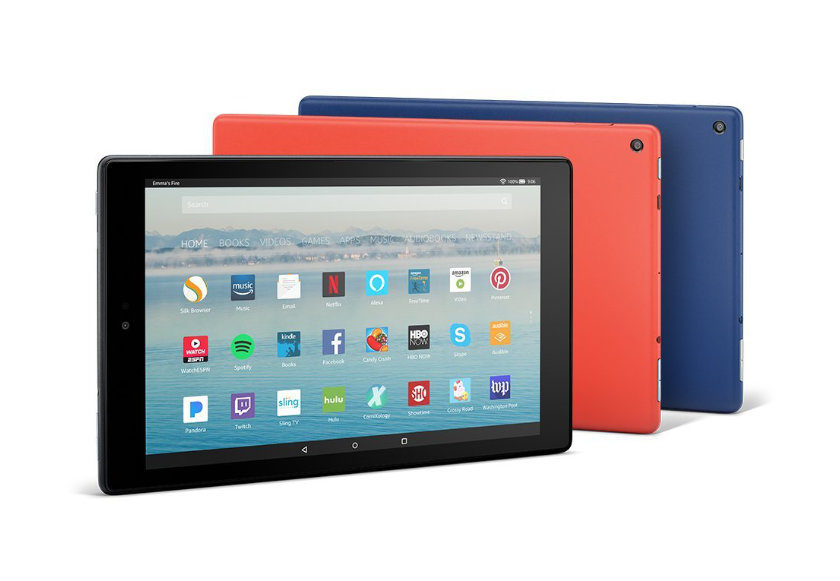 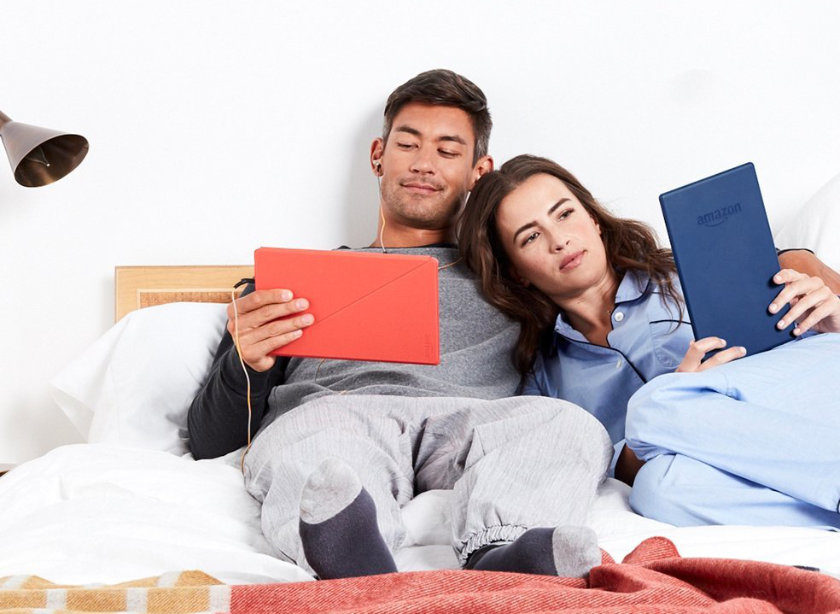 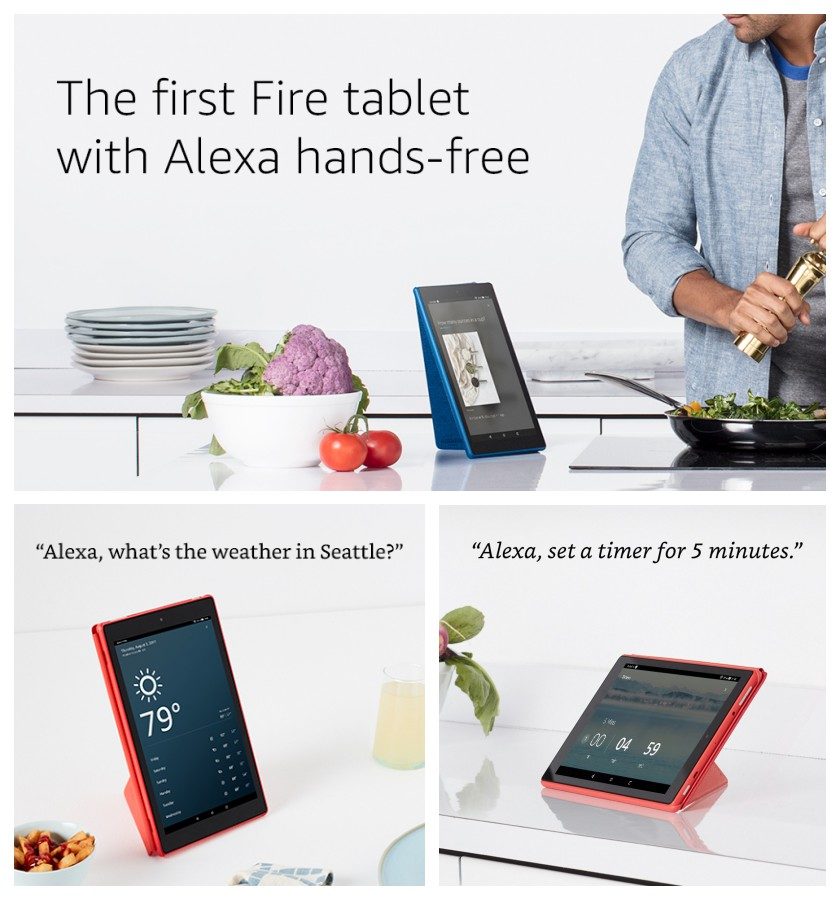 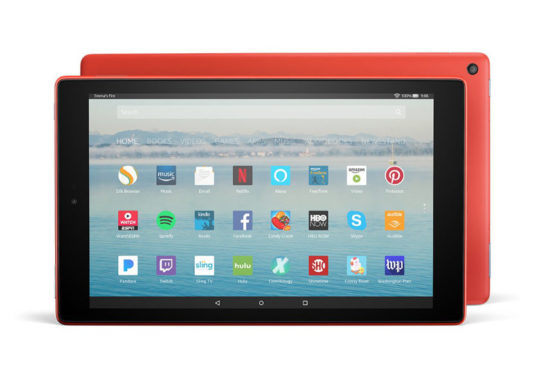 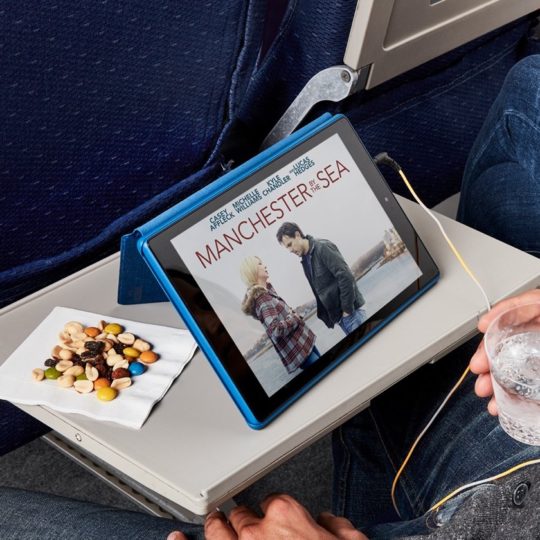 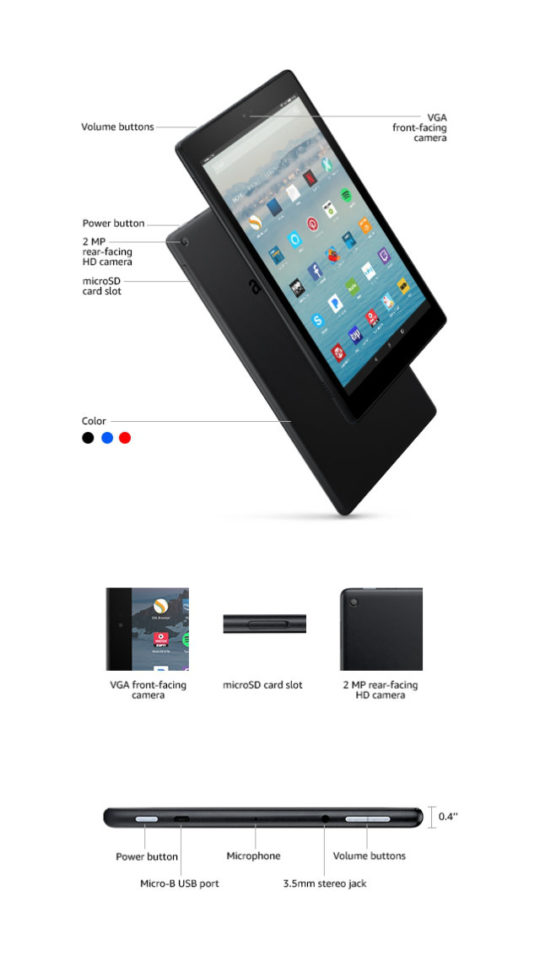 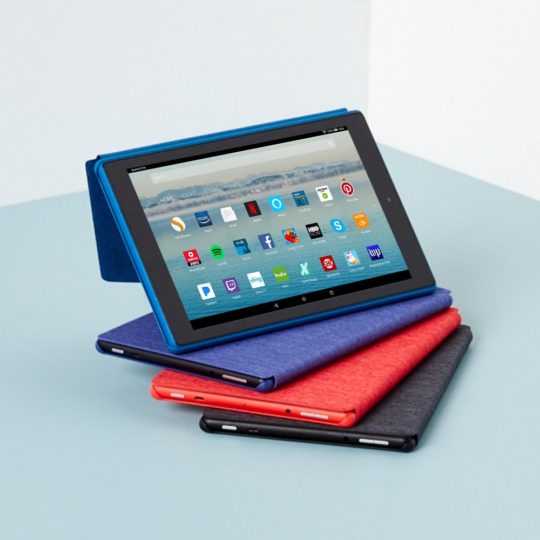 Check out what Amazon wants to say about the newest Kindle Fire 10-inch tablet. The highlights from the product detail page are shown below. For more information, you can check out Fire HD Wiki page.

The first Fire tablet with Alexa hands-free
Alexa, the brain behind Echo, provides quick access to the information and entertainment you want, including video, music, games, audiobooks, and more. When connected to Wi-Fi, simply say the wake word, “Alexa.” Alexa will respond to you – even when the screen is asleep – and will show visual responses to certain questions.

No more worrying about storage space
Fire HD 10 comes with the most internal storage of any Fire tablet at 32 or 64 GB, great for offline video watching. Expand your storage by up to 256 GB using a microSD card, and keep photos, favorite movies, and compatible games and apps with you. Plus enjoy free unlimited cloud storage for all your Amazon content and photos taken with your Fire tablet.

Power when you need it
Don’t be tethered to an outlet—now with up to 10 hours of mixed-use battery life, Fire HD 10 gives you more flexibility to go where the day takes you.