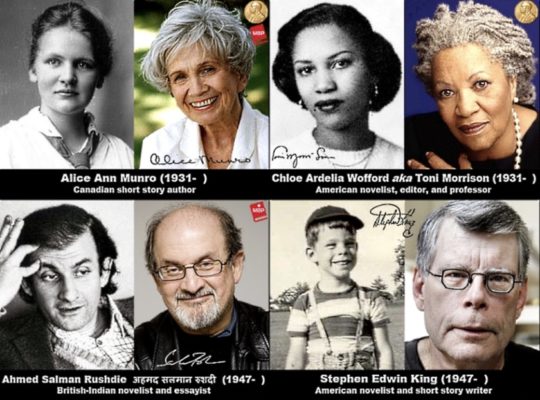 How we see the author in our mind is usually based on how she or he looked in the times of the biggest fame.

One picture can say a lot about the person, but two pictures show the personality.

Take a look at the collage created by Prateek Lala. It’s entitled “We were all young once,” and puts together pictures of 104 famous writers and poets.

In total, you will see 208 pictures, though, because there are two pictures of each author. On the left side, you will see the writer as a child, teenager, or young man. You’ll be able to compare it with the picture on the right, which is, in most cases, the author’s most recognizable image.

Click or tap the image to see the portraits in full resolution. You wouldn’t believe a simple collage like this would tell so much about the world’s most creative minds!

We were all young ones – writers 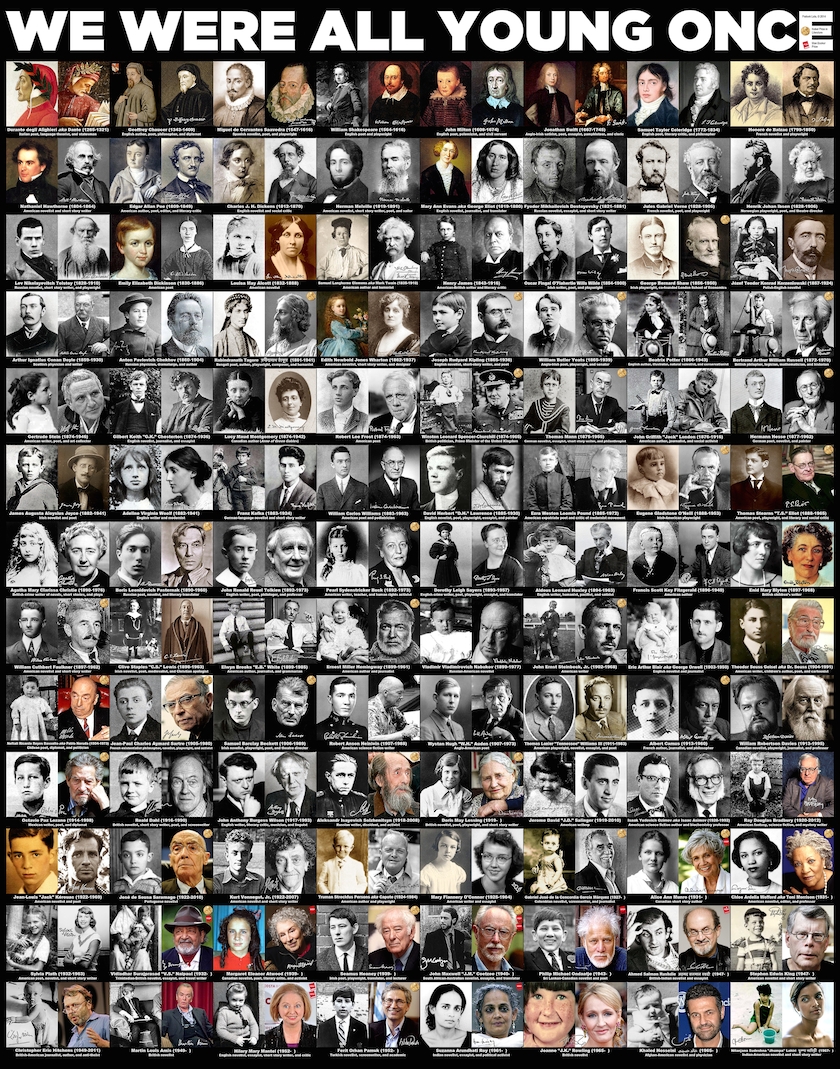 A stunning collage shows pictures of 100 famous authors in their early and late years https://ebookfriendly.com/100-writers-in-early-late-years-chart/ via @ebookfriendly