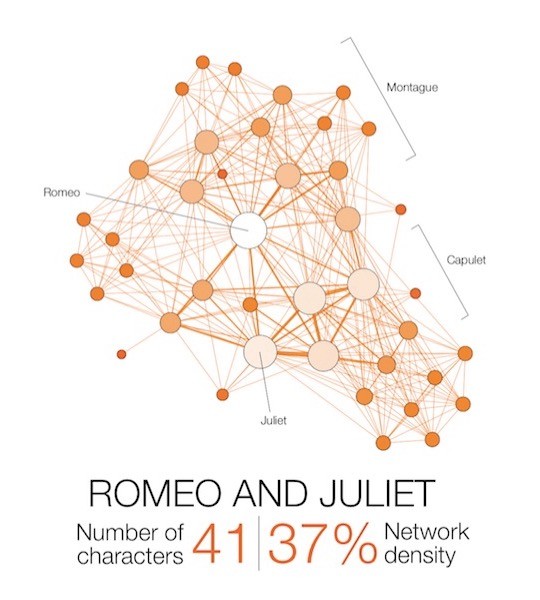 Take a look at the visual summaries of the eleven most famous tragedies by William Shakespeare.

Are the Shakespearean characters isolated or closely connected? Do the tragedies written by the world’s most famous playwright have the similar structure and density?

You’ll find the answers in a series of amazing network graphs created by a Lausanne-based data research analyst and designer, Martin Grandjean.

Eleven tragedies are analyzed, including Romeo and Juliet, Julius Caesar, Macbeth, and King Lear. Each chart presents all characters from a specific tragedy. Each character is represented as a circle. The more important the character the bigger the circle.

The lines connect characters to other characters with whom they interact in the same scene. Another dimension that Martin Grandjean is using is network density. It measures how close the graph is to complete.

Hamlet is the longest tragedy but its character map is much simpler and less dense than, for instance, Anthony and Cleopatra. But its network density is twice as big – 39% versus 17%.

When you analyze the graphs, you’ll see that in some tragedies characters belong to clear groups. It’s obvious with Romeo and Juliet, where we have Montague and Capulet families.

Click or tap on the visual below to see it in full resolution. Visit the original post on Martin Grandjean’s website to read more details and get the visual as a high-resolution poster, 5460 × 4000 px.

If you want to further explore how books are seen through data visualization tools, check out our list of amazing book charts and visualizations. 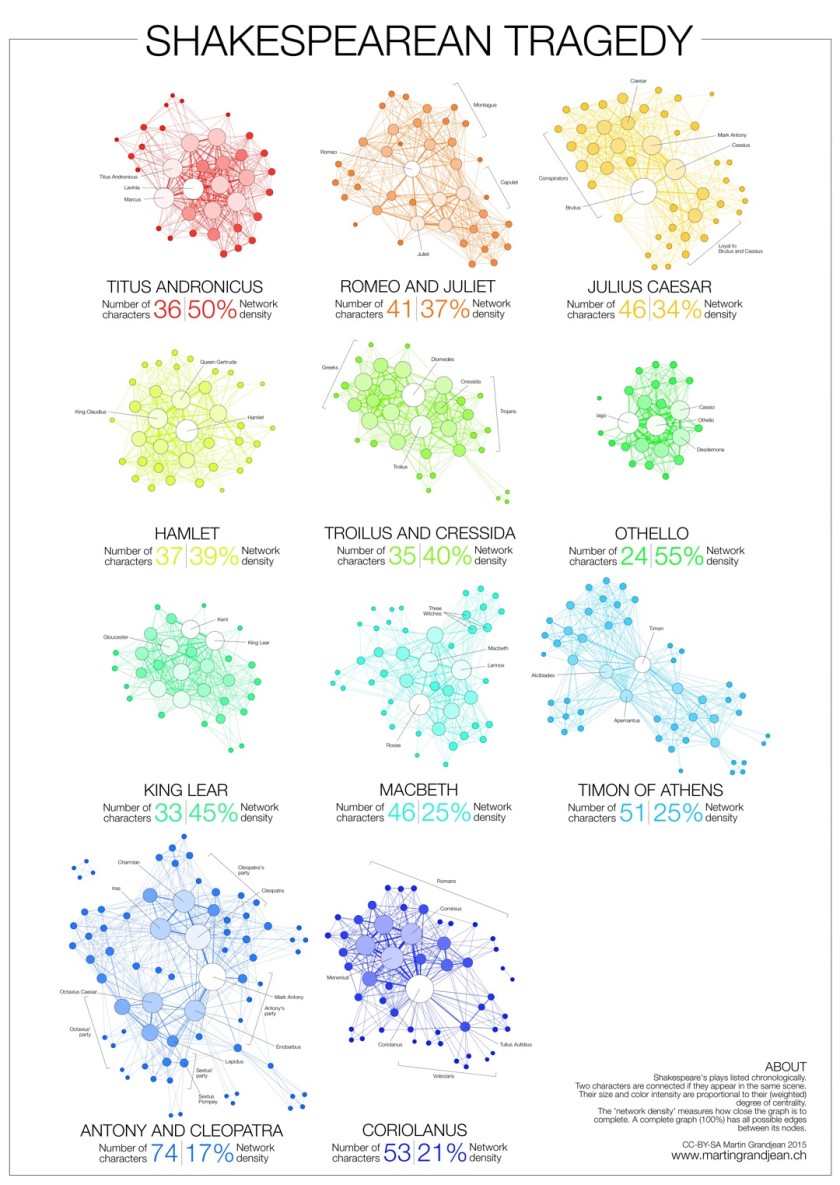 More infographics and charts to explore:

What are the most popular college books in the US? (infographics)
– January 14, 2021