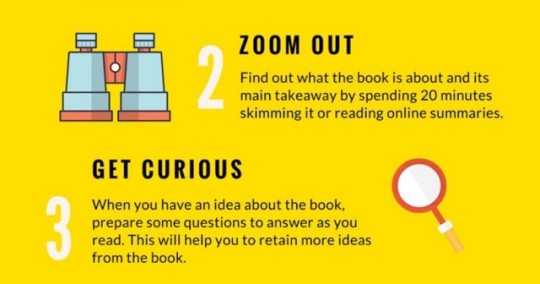 Blinkist is a service that lets read the most important insights from over 1,500 bestselling non-fiction books in concise 15-minute summaries.

The company shared an insightful post with tips for smarter and faster reading.

The tips are brief conclusions from a few insightful non-fiction books – must reads for everyone who wants to be more effective in both work and private life.

Getting curious is what I find particularly intriguing. “When presented with new concepts, it’s our own curiosity that awakens an attitude of awe – which is great, because that awe primes our brains to learn.”

The article on Blinkist is accompanied by a concise infographic shown below. Click or tap the image to see it in full resolution.