Amazon is rushing into read-later / sharing buttons area, by offering ‘Send to Kindle’ button for websites and bloggers (which is not the best idea). In the meantime, one of the most obvious features is still missing in either a browser extension or a desktop application.

Kindle is, first of all, for reading books, not web content. ‘Send to Kindle’ feature should simplify sending book files found on the web. So far – it doesn’t. It’s much easier to send a content of a web page to a Kindle than a pdf or mobi file linked from it.

When you browse for free books on Project Gutenberg, Internet Archive or Smashwords, and when you find the book in mobi format, you should be able to click on the download link and via context menu send it to Kindle. Simple as that, visualized below: 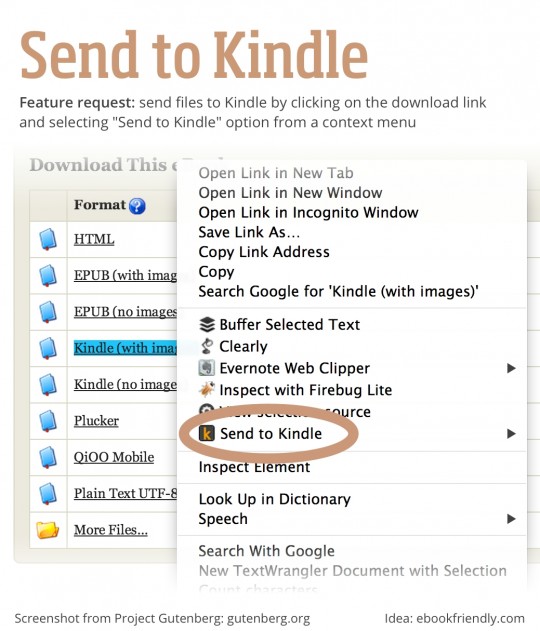 So far, if you want to send a book file, you have to download it to the disc and use ‘Send to Kindle’ desktop application. What a waste of time.

Do you have any other ideas on how to improve ‘Send to Kindle’?