In the middle of December I reported that Project Gutenberg, my favorite site with free public domain ebooks, added a Dropbox integration.

Now users can also send books directly to Google Drive – if this is their preferred cloud storage service. All you have to do is to click on a Google Drive button that you can see next to Dropbox. 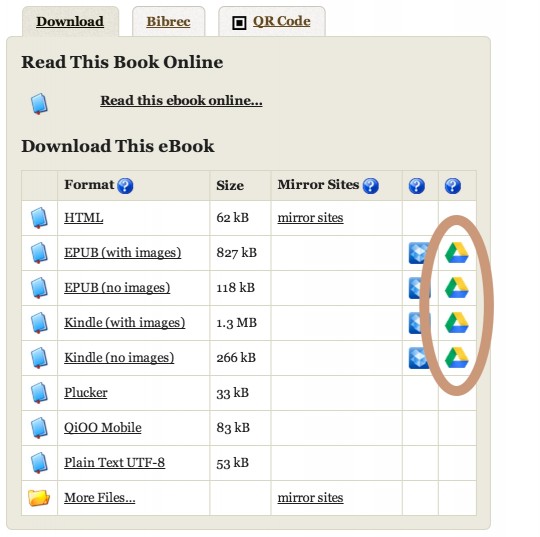 When using the Google Drive integration for the first time, you’ll be asked to grant access to your Google account. After that, as I said before, sending a book file to Google Drive is a matter of one click.

Unlike Dropbox, where a special folder is being created, the file will land in a main Google Drive catalog. You may want to move it to a special folder where you store your ebook collection.

One click and done – that’s how I imagine sending books to e-reader or e-reading application. I don’t understand why Amazon can’t do the same.

Send ebooks from Project Gutenberg to Google Drive in just one click https://ebookfriendly.com/send-ebooks-from-project-gutenberg-to-google-drive-in-one-click/ via @ebookfriendly