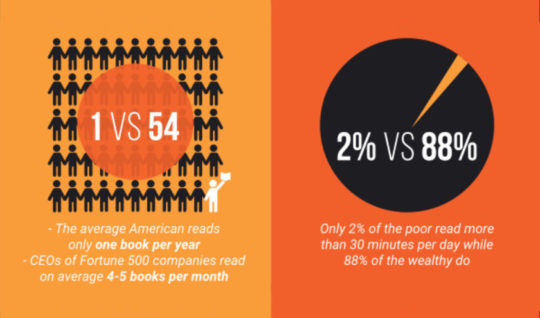 Harry S. Truman once said: “Not all readers are leaders, but all leaders are readers.”

Another American president, Theodore Roosevelt, mastered the skill of speed reading, and is said to read two books a day.

There is clearly an association between being successful (and rich) and being addicted to reading. This simple infographic by Austin Netzley puts together all the benefits of reading every day.

Studies show that active readers are likely to have annual incomes more than 5 times greater than those who spend little or no time reading.