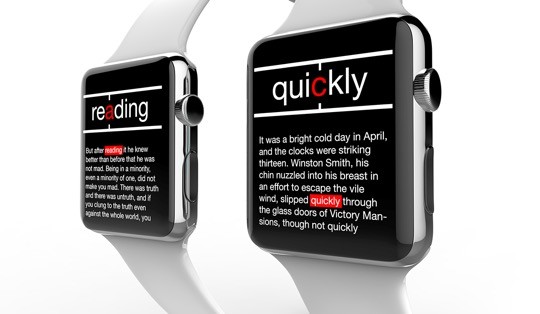 Reading on a smartwatch is possible, but it needs to be smart. And it can be smart thanks to Optimal Recognition Point technology.

If you ever wondered whether the smartwatch can be used for reading, the answer is “yes”. And it doesn’t mean reading tweets or Facebook notifications.

Major problem people have with reading on smartphones is the size of the screen, so how come we could read on something much smaller than iPhone 6?

It’s called ORP – Optimal Recognition Point. The technology, developed by Spritz, displays one word at a time, quickly replacing it with the next, and next, and next word in a sentence.

Thanks to that, the font size can be as big as possible. This reading technique is also more efficient than traditional way. Why? Because we save time used for following the words on a page.

ORP technology from Spritz is not something from the future. It’s already used by several speed-reading apps for iPhone/iPad and Android.

Increasing reading efficiency is one benefit. The other, in my opinion the bigger one, is about saving screen space.

And it’s where the smartwatch fits. Once you learn the technique of spritzing (and it takes a couple of minutes) you should be able to comfortably read on a smartwatch.

Farago Design has developed several concepts of how to adapt Spritz to watches. All the pictures featured in this post are courtesy of this New York based design company. The latest project (see the video) for Samsung and Barnes & Noble shows not only spritzing, but also a hand-off of a book from a larger device to a smartwatch.

Suddenly, in a blink of an eye – and without moving it – some things start to look possible. 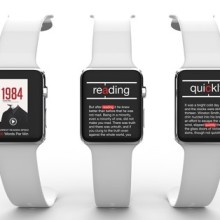 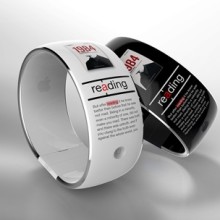 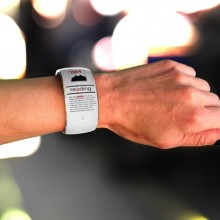 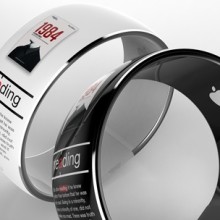 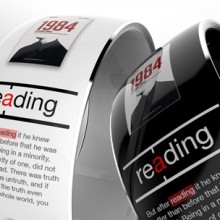 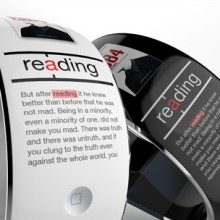 Reading on a smartwatch is possible thanks to ORP technology (pictures) https://ebookfriendly.com/reading-watch-pictures/ via @ebookfriendly