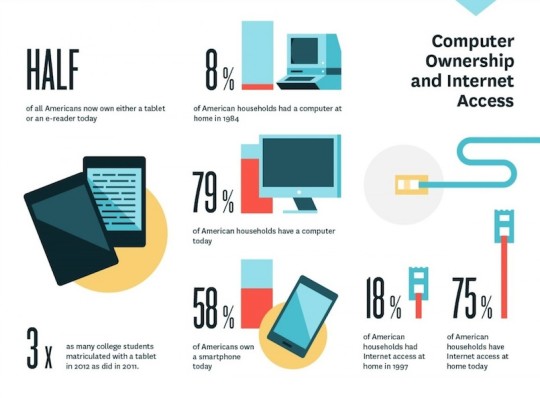 New technologies are shaping the way we learn. The more we control them, the bigger impact we can have on where the education evolves.

An interesting infographic created by Aleksandar Savic for Lenovo shows the opportunities advanced technologies give to educators and students.

How to acquire the desired technology is not the biggest challenge any longer. Half of Americans own a tablet or e-reader already. 75% of households have an internet access.

The biggest challenge is to maximize the use of the available devices and resources in education. Especially, that a lot of resources can be found on the web for free.