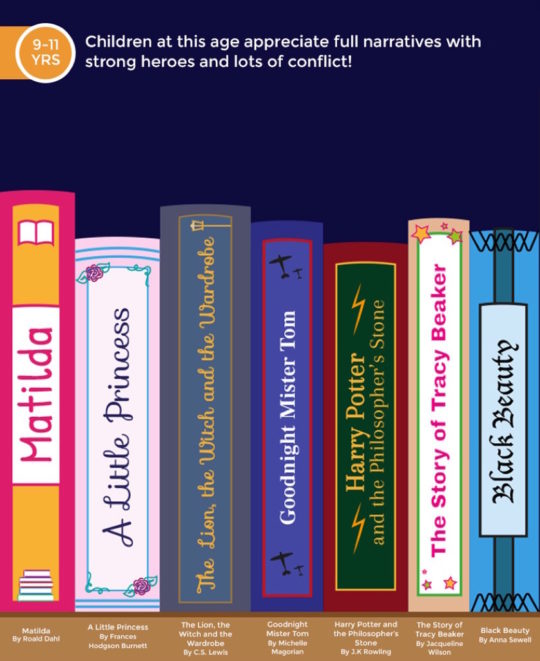 A well-written and involving children’s book can evoke all sorts of emotions, and wake up the passion for reading.

The biggest challenge is to give a child the right book at the right age.

The team at Stuart Morris UK have prepared an infographic The Essential Children’s Bookshelf that suggests a few best books for the age groups from 3-5 years to 12+.

The selection of titles is accompanied with a short explanation what children need in books when they are at a certain age group. For instance, kids aged 9-11 “appreciate full narratives with strong heroes and lots of conflict.”