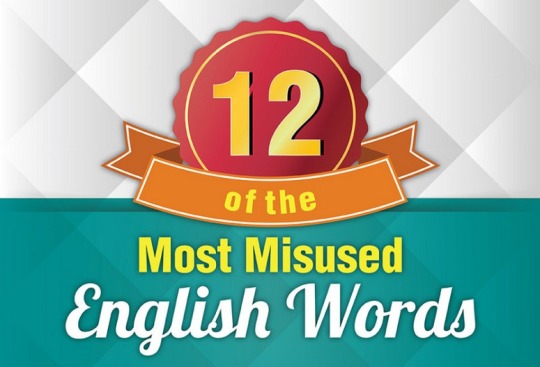 ListMonde, a blog for curious minds, has just released a great infographic with 12 English words that are most wrongly used. The list is especially helpful for people who use English as a second language.

These are the most common words whose misuse causes protests among editors, writers, and other pros of the English language.

Click on the image to see it in full size. Also, make sure to check out the infographic that deals with the same topic: Commonly misspelled English words.