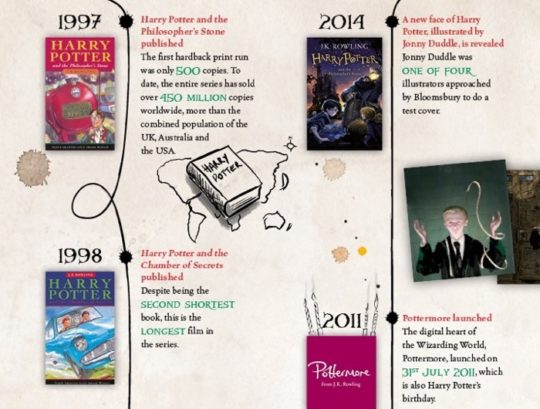 To celebrate the 20th anniversary of Harry Potter, Bloomsbury Publishing has released a set of interesting materials Hogwarts students have to see, collect, and share.

Take a closer look at an illustrated timeline, A Potted History of Harry Potter, which depicts an enormous publishing success of J.K. Rowling’s series.

The series has sold over 450 million copies worldwide in 79 languages, inspired a major movie franchise, a spellbinding theatre production, and has continued to captivate readers of all ages for twenty years. 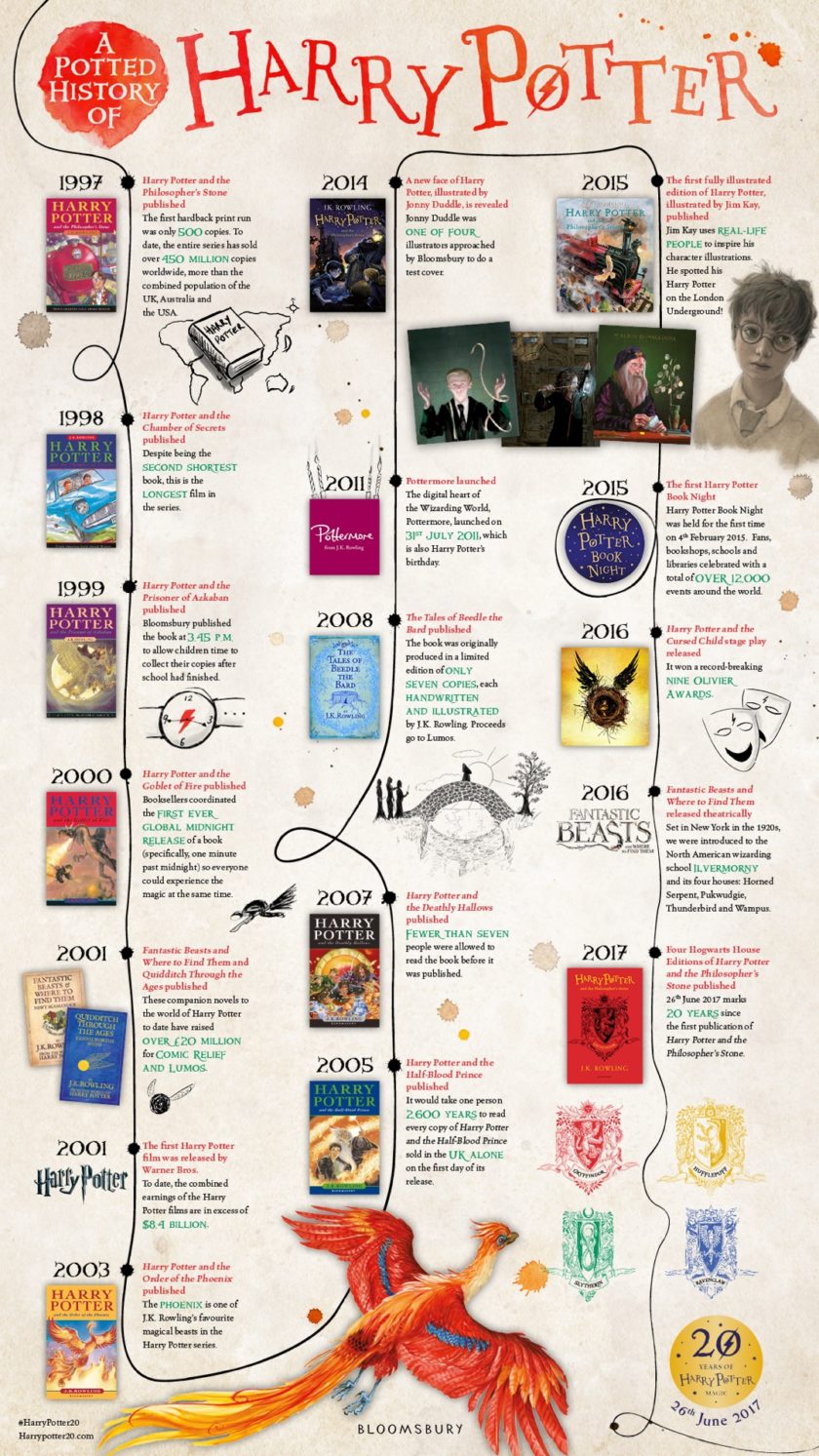 A magic history of Harry Potter (infographic) https://ebookfriendly.com/magic-history-harry-potter-20th-anniversary-infographic/ via @ebookfriendly