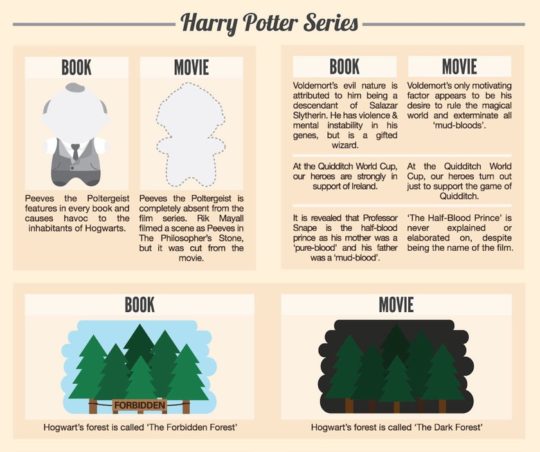 Favorite children’s books seen on a big screen are not exactly how their authors imagined them.

Love Reading 4 Kids has published an awesome infographic that lists, one by one, most famous children’s books, and differences between what you can read in the beginning and what you can watch in the end.

Hollywood likes to mix things up when they bring books to the big screen. Whether they are adding, taking away or replacing, there is always something different.

Harry Potter, The Hobbit, Wizard of Oz, Jungle Book… can you spot differences between the books and movies based on them?

Differences between popular children’s books and their movies (infographic) https://ebookfriendly.com/32-childrens-books-turned-movies-infographic/ via @ebookfriendly