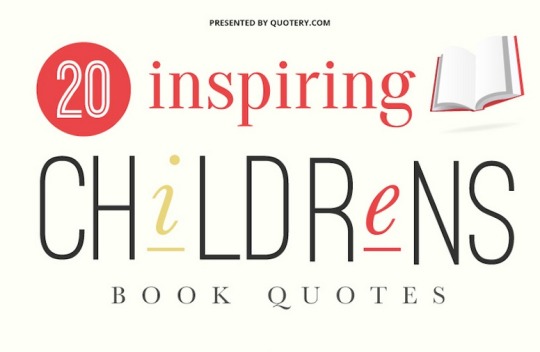 Quotery is our favorite source of quotes on the web. The site launched in 2013, and its mission is to present the inspiring world of quotes in a highly entertaining way.

There are many quote-focused infographics on Quotery blog. One of the best ones is 20 inspiring children’s book quotes.

Smart words from Harry Potter, Matilda, Peter Pan… Hey, adults, it looks like we still have something to learn!

And if you are still hungry for book quotes, try these lists. Many quotes are visualized, to let you easier share them in social media:

50 most convincing quotes about the importance of books and libraries
– June 14, 2019

Click or tap on the image to open it in full resolution.

20 most inspiring quotes from children’s books (infographic) https://ebookfriendly.com/20-inspiring-quotes-childrens-books-infographic/ via @ebookfriendly