Roly Keating, chief executive of the British Library, says libraries should stop worrying about their future because they will outlast the internet.

Libraries are not adapting to the digital age. They are among the most important institutions that shape it.

The infographic from SenSource, a company providing innovative technologies to libraries, includes enough figures to prove the point.

As much as 96% of American libraries have a website, and two-thirds use Facebook and other social networks to connect with their patrons, and animate local communities.

A growing number of libraries reach mobile users, with 7% having dedicated mobile applications.

Obviously, the major obstacle is the money. Bigger budgets for development would allow for the implementation of these library technologies much earlier. 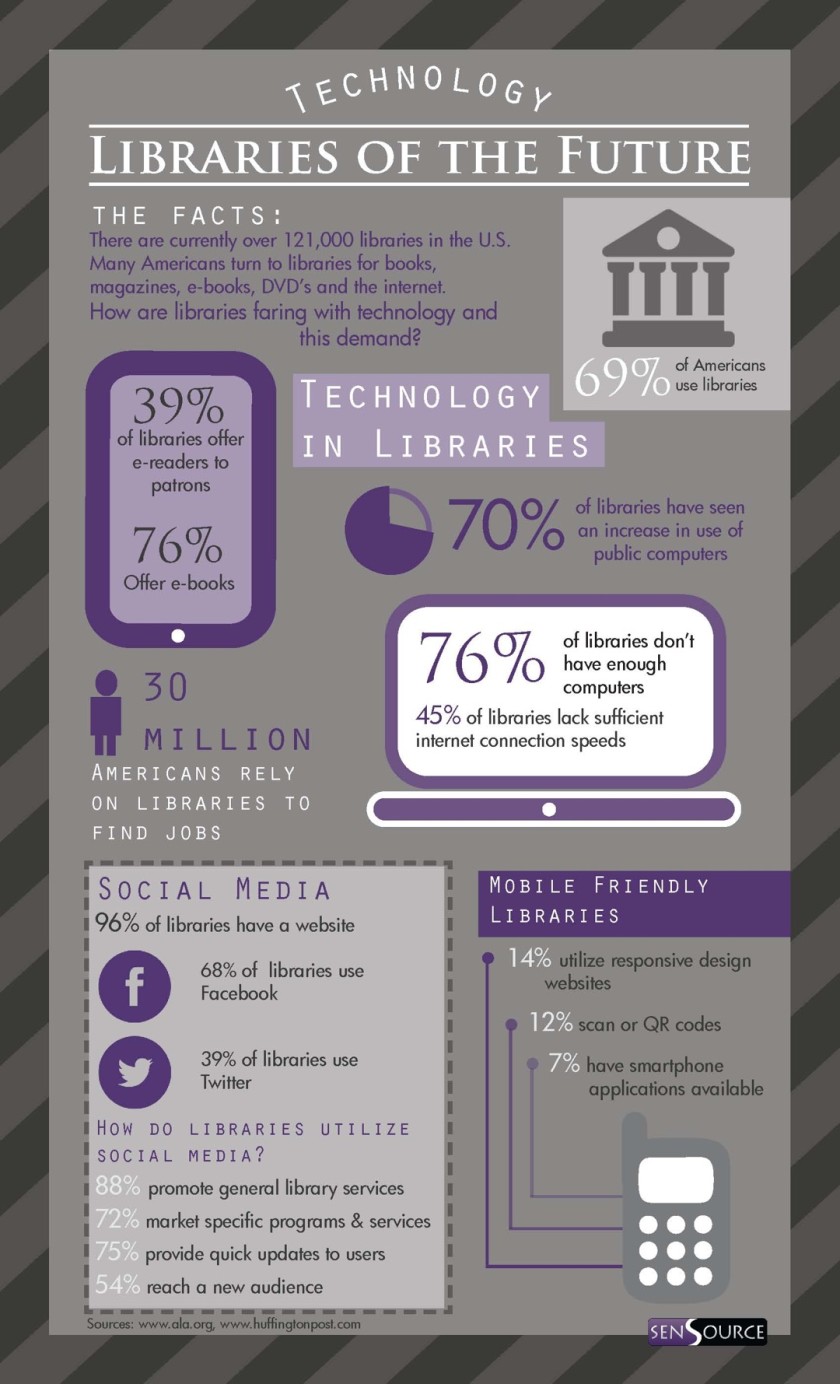 Libraries are ready for the future (infographic) https://ebookfriendly.com/libraries-ready-future-infographic/ via @ebookfriendly