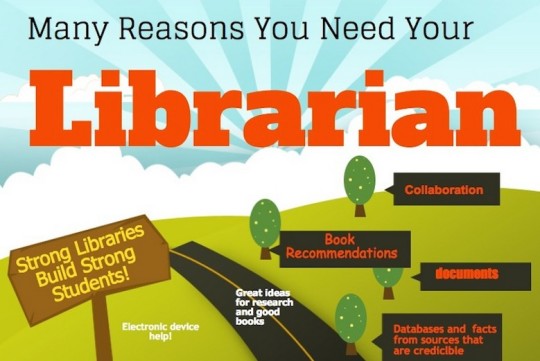 Pikochart user 26reasonsroad3 has created an interesting infographic that lists most important reasons why you need a librarian more than ever before.

In times of the internet, what we mostly struggle with is the information overload, not a lack of it.

Going through many (too many) sources, in order to pick up the most valuable ones is one of the skills you could learn with a help of a librarian.

In fact, every librarian is your guide to the digital world. And there is a special word for that: a cybrarian.

According to Merriam Webster Dictionary, a cybrarian is “a person whose job is to find, collect, and manage information that is available on the World Wide Web”.

Other posts about libraries: