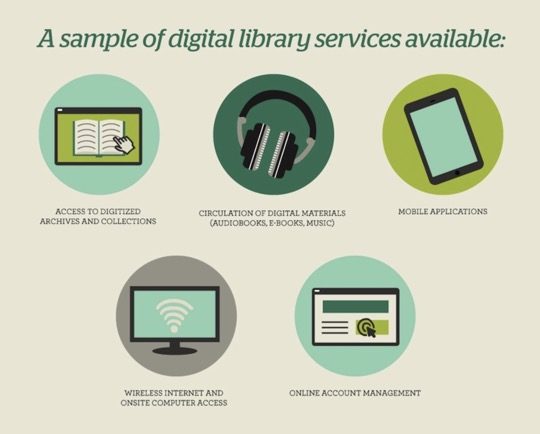 With the rise of digitized archives and new technologies to access and process them, the library transforms to a space of media consumption and creation.

The infographic, published by the University of Southern California, Online Library Science Degree, together with Creative Signals, shows how the role of the librarian evolves.

Check out more posts about libraries and librarians:

In digital age, librarians are needed more than ever (infographic) https://ebookfriendly.com/digital-age-librarians-needed-ever-infographic/ via @ebookfriendly