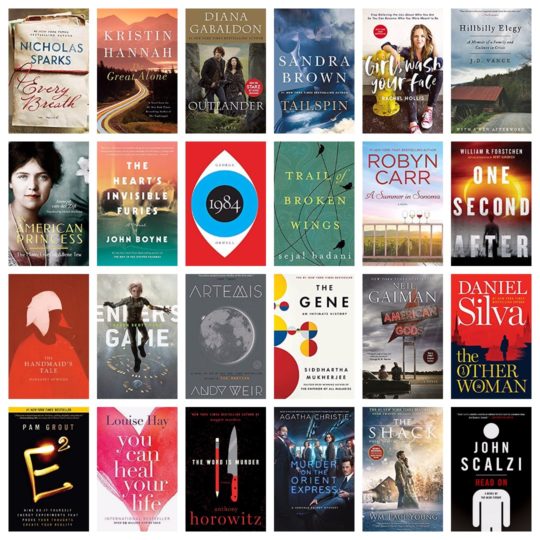 Among the featured titles, you will find The Handmaid’s Tale by Margaret Atwood, Andy Weir’s Artemis, and Outlander by Diana Gabaldon.

Amazon claimed 350 books would go on sale today, but the actual number is exactly 492. This is the number of results you will see on a Kindle Daily Deal front page when you scroll down to reveal the detailed list of included titles.

500 is large enough to group the books into categories, so let’s have a quick look at what’s featured:

This Cyber Monday special offer is undoubtedly the biggest Kindle deal of 2018. The next one-day deal that big will come on National Reading Month, in March 2019.

If you will be hunting for Kindle deals in December, especially during or after the Christmas, the best destination is the directory of Monthly Kindle Deals. The December list is usually much more attractive than what you can see in other months.

In a huge Cyber Monday sale, 500 Kindle ebooks are up to 80% off https://ebookfriendly.com/huge-cyber-monday-2018-kindle-book-sale/ via @ebookfriendly