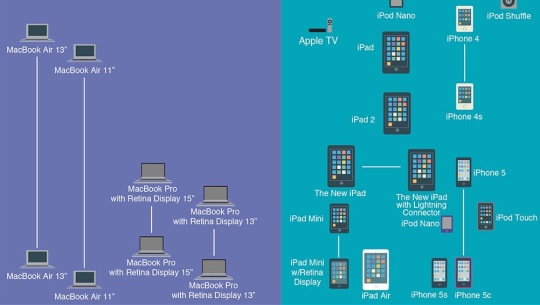 Everything Apple makes is great. Not everything made about Apple is great. Well, the history of Apple, created by artists from Pop Chart Lab, definitely meets Apple’s standards.

The chart displays over 500 computers, peripherals, software updates, and operating systems released by the company in the last 30 years.

The products are positioned and sorted according to their type, marked by background color, and include the connections between “various form factors which have arisen as Apple has invented – and reinvented – insanely great products”.

The Insanely Great History of Apple is available as a 27″ x 39″ print. Each poster is printed on 100 lb. archival stock, pressed with vegetable-based inks. It comes signed and numbered by Pop Chart Lab artists.

Click on the image to see it in close up, and don’t hesitate to visit Pop Chart Lab website for all extremely well designed charts and infographics. 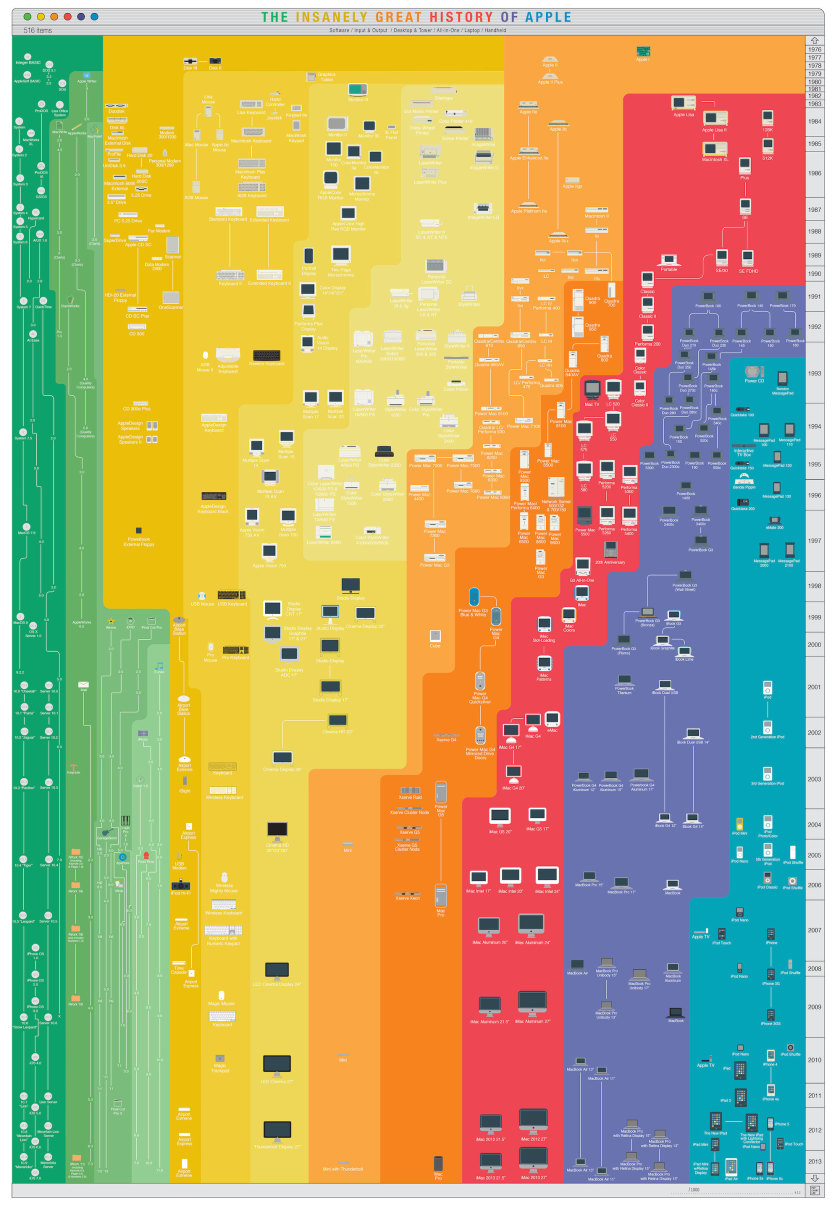 More posts about Apple and iPhone:

History of Apple in one insanely great chart (picture) https://ebookfriendly.com/history-of-apple-chart-picture/ via @ebookfriendly