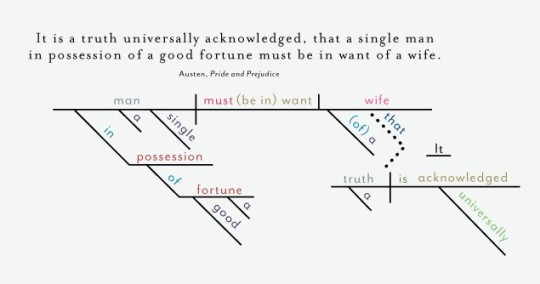 A new poster from Pop Chart Lab will certainly join a selection of the best book visualizations.

The chart is a “diagrammatical dissertation on opening lines of notable novels.”

To put it simply, opening lines of Pride and Prejudice (a close-up above), 1984, Lolita or Metamorphosis are turned by Pop Chart Lab designers into pictograms, using the Reed-Kellogg system for breaking down grammatical construction of sentences.

“A Diagrammatical Dissertation on Opening Lines of Notable Novels” is available as 24×18-inch poster, printed on 100 lb. archival recycled stock.

Click or tab on the image below to see pictograms in close-up. 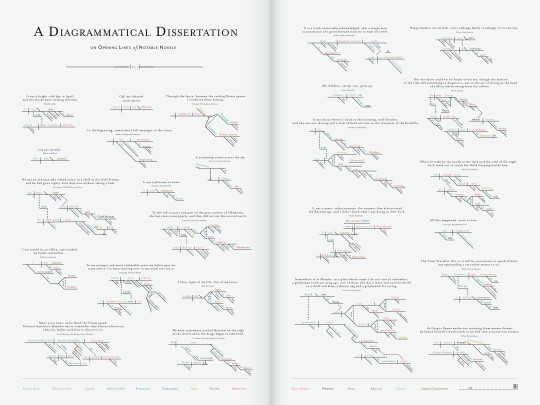