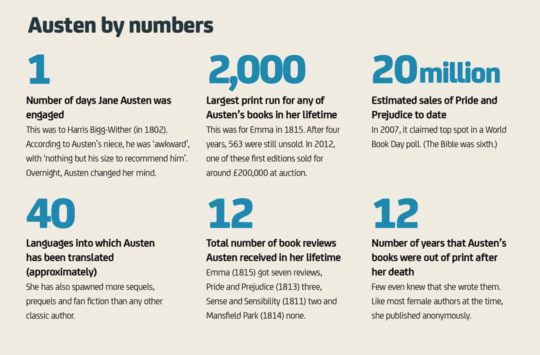 Jane Austen by the numbers – one of the charts prepared for the Guardian / Image: Adam Frost, Jim Kynvin, Amy Watt

These fourteen charts analyze in detail the works and life of the world’s favorite romance writer.

To celebrate the 200th anniversary of the death of Jane Austen, the Guardian has released a set of amazing charts that include facts and figures about the author of Pride and Prejudice and Mansfield Park.

The charts analyze in details the novels written by the world’s most famous romance author.

But the facts are not limited to Austen’s works. We can learn more about her life, too. Did you know Jane Austen was engaged for only one day in her entire life?

The charts were prepared by Adam Frost, Jim Kynvin, and Amy Watt. The team who created several literary visuals for the Guardian, naming only the charts depicting Sherlock Holmes.

Below the individual charts, you’ll find a simple collage which includes all visuals and which should be easy to share on Pinterest. All images have a higher resolution. Click or tap them to enlarge. 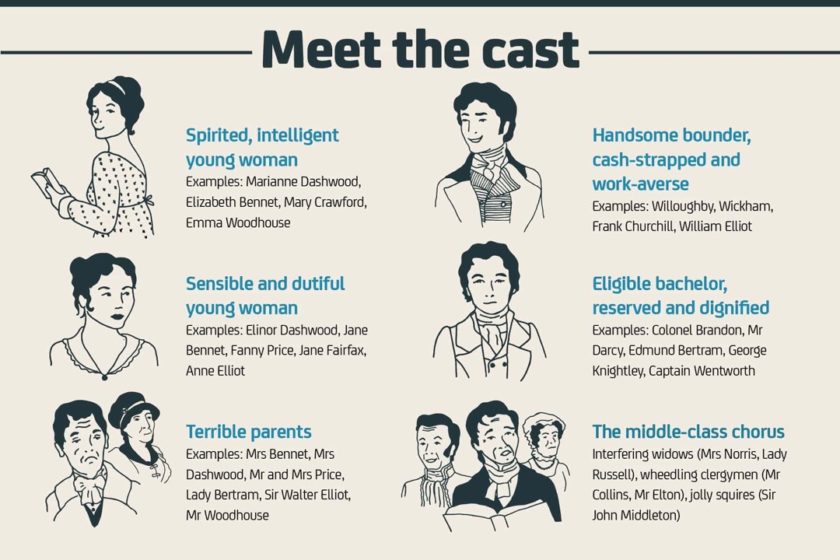 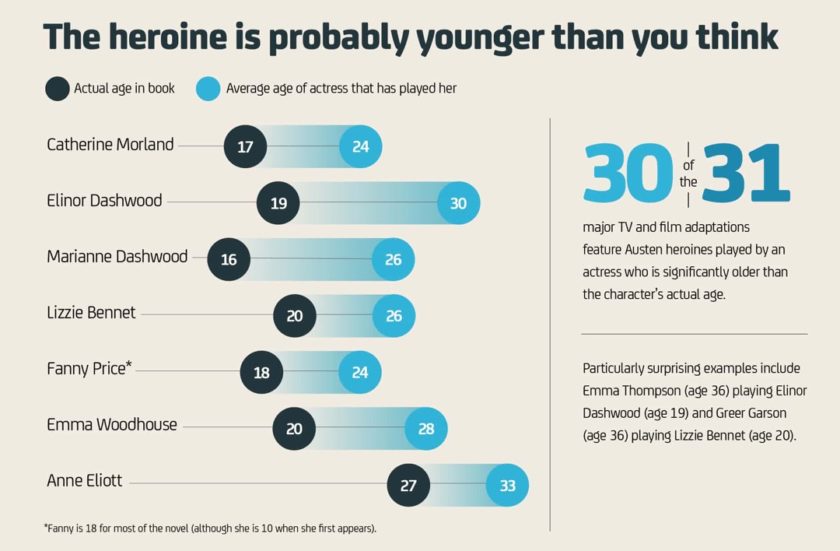 The average age of the heroine on Austen’s novels. 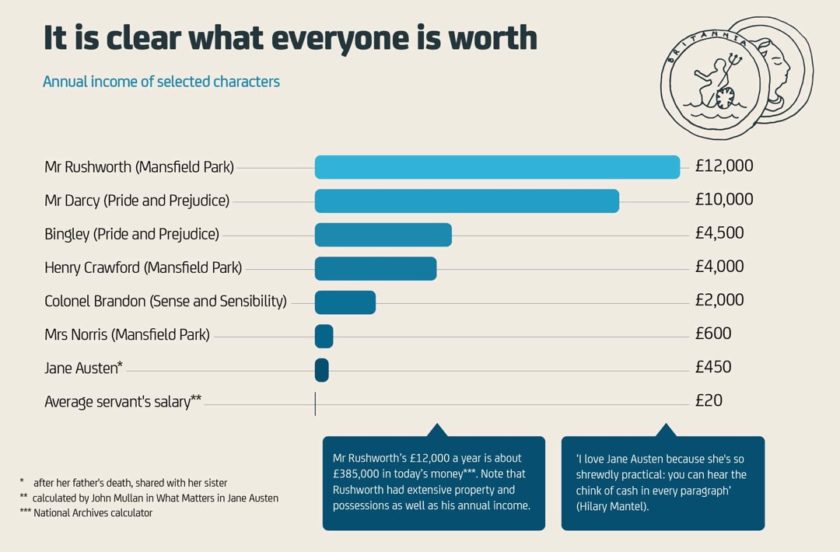 An annual income of selected characters. 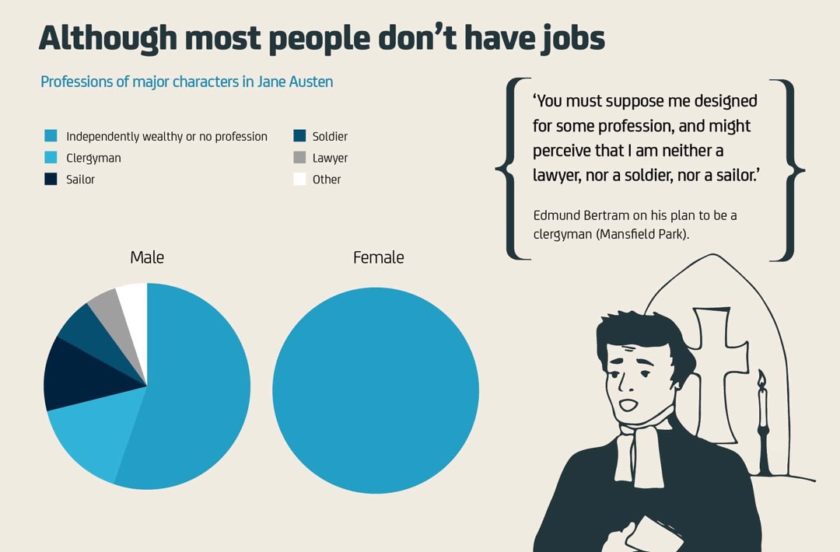 A profession of major characters. 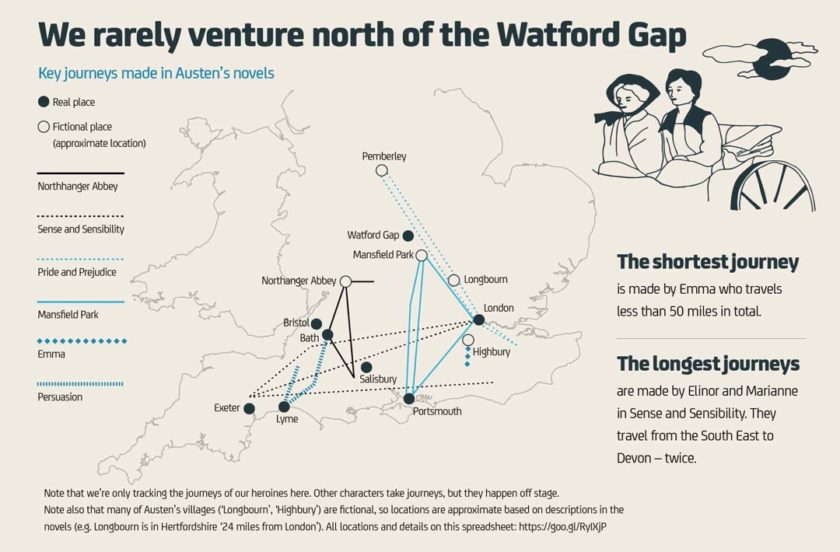 Key journeys made in Austen’s novels. 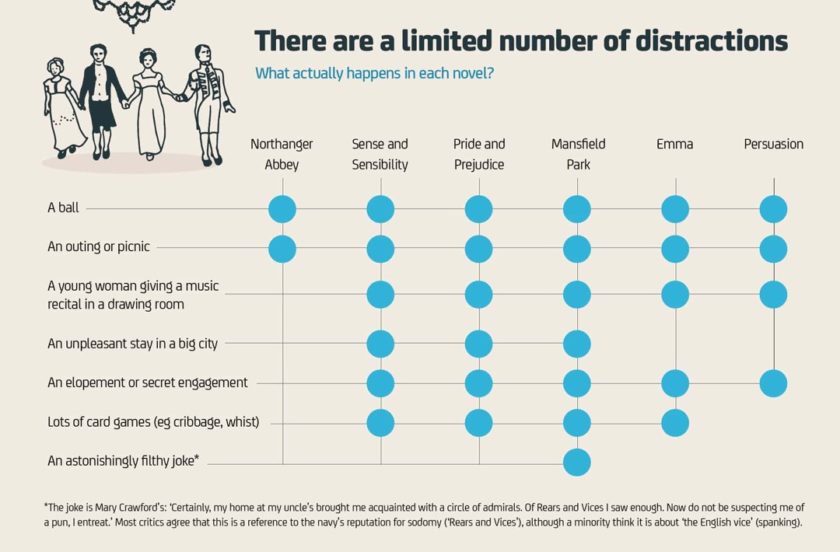 What happens in each novel. 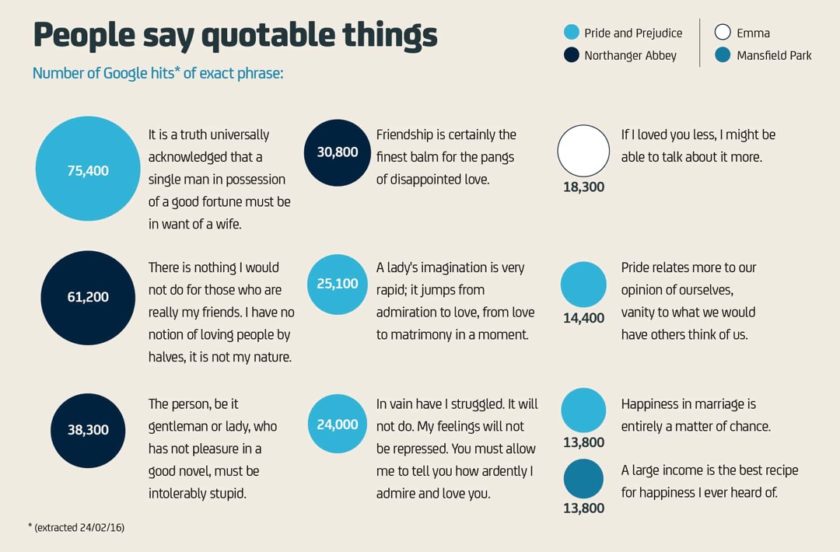 Most popular quotes from Austen’s novels. 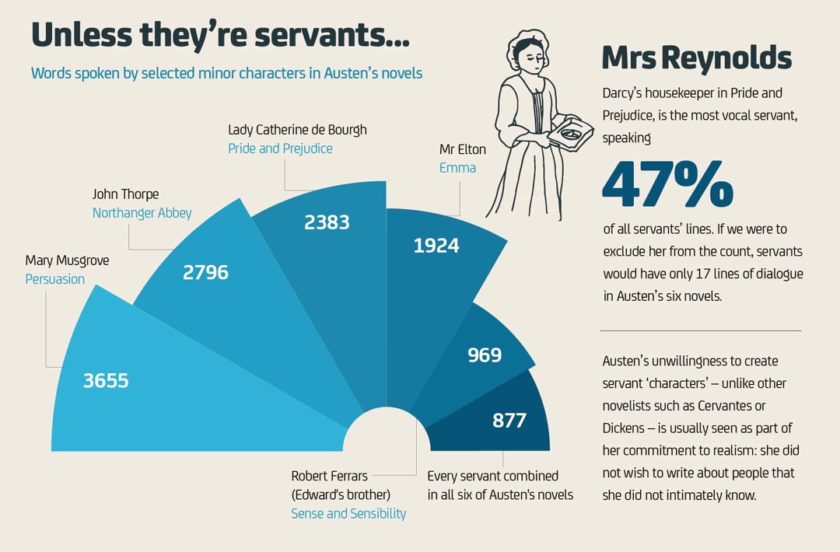 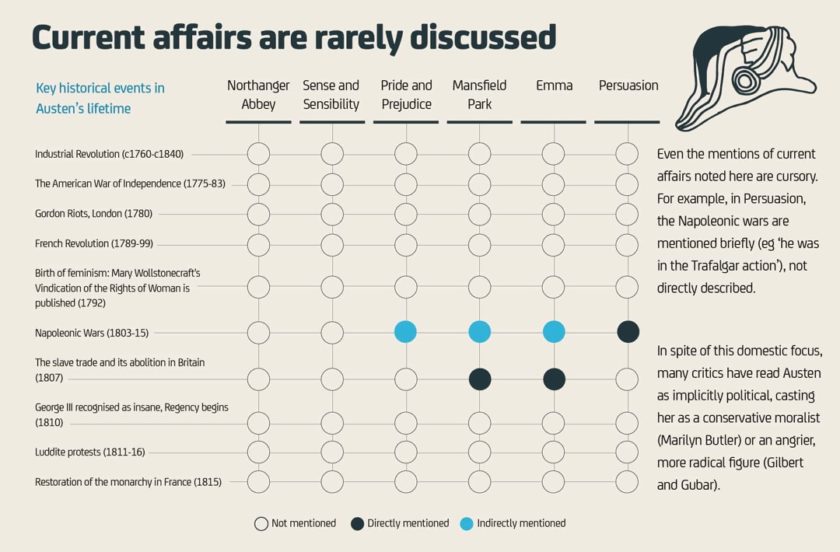 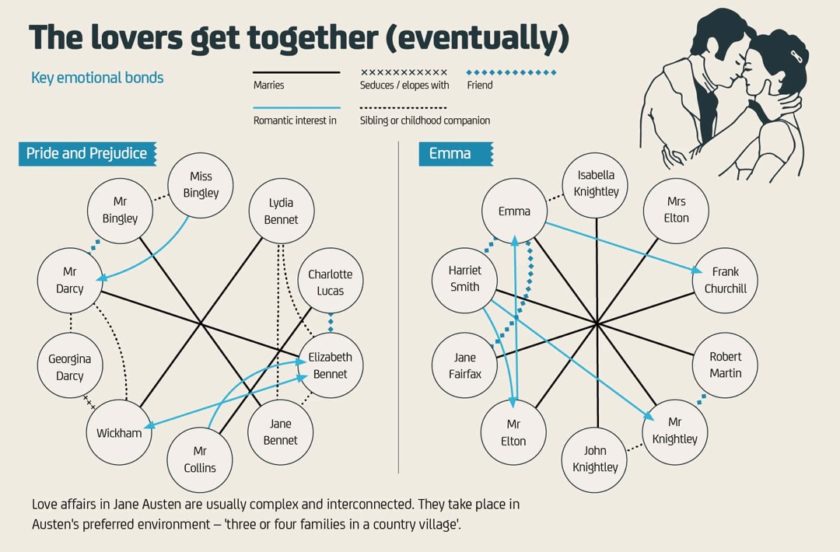 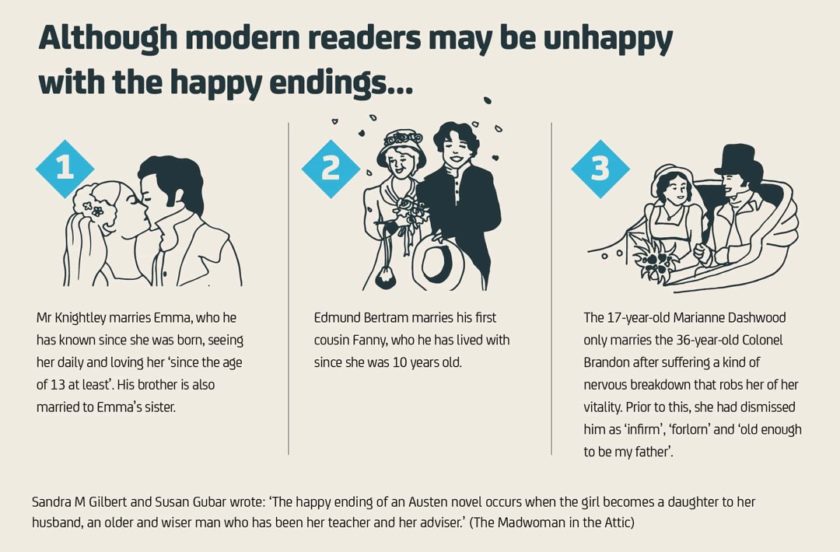 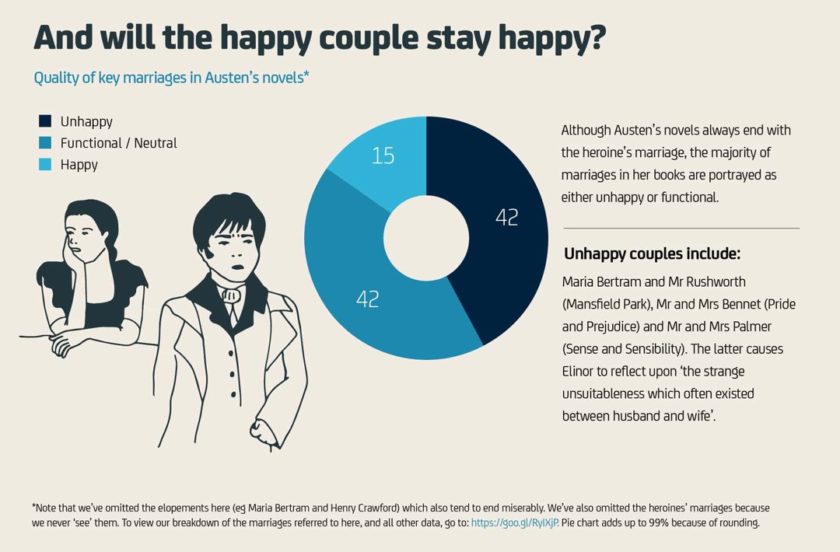 A quality of key marriages in Austen’s novels. 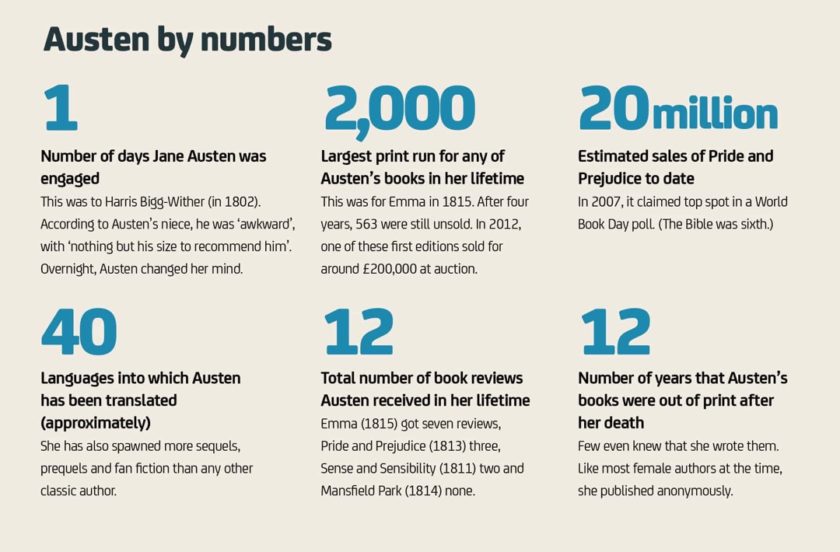 Jane Austen by the numbers. 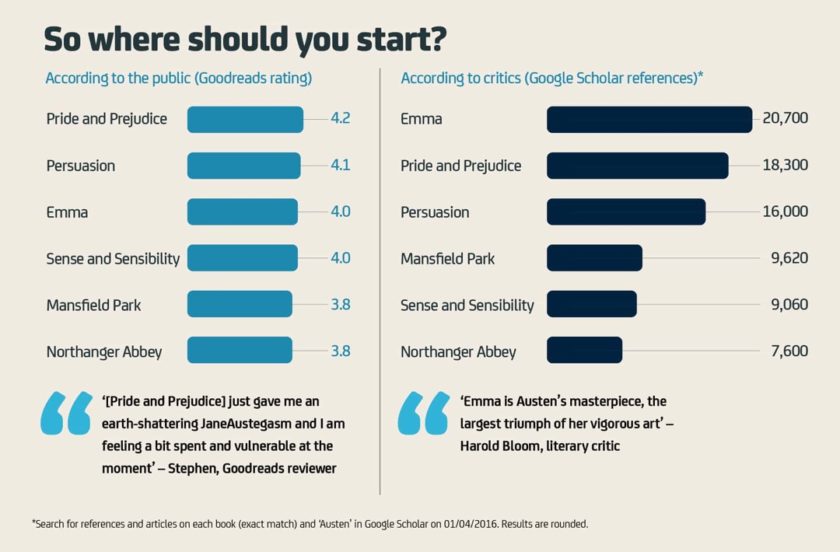 All charts created by Adam Frost, Jim Kynvin and Amy Watt for The Guardian.

Interested in infographics about books and reading? Check out the ones we’ve recently added to our huge archive:

Everything you wanted to know about Jane Austen (infographic) https://ebookfriendly.com/jane-austen-facts-figures-infographic/ via @ebookfriendly