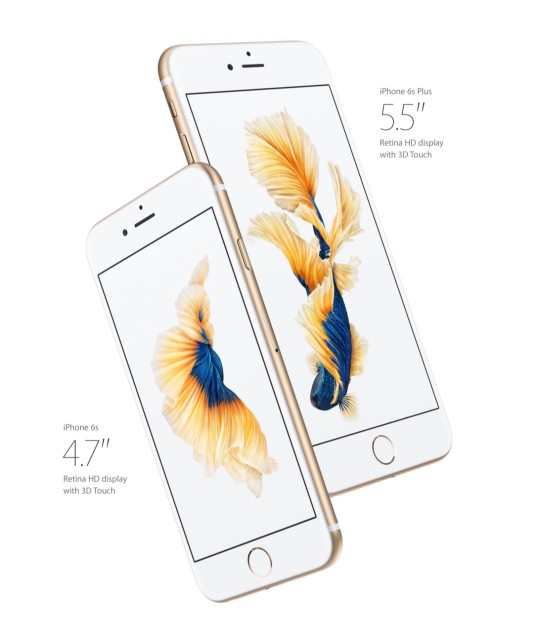 Charts and visualizations that will let you better explore all the features of the iPhone 6S and 6S Plus.

iPhone 6S and 6S Plus are in stores since September 25, 2015. The new phones are on track to be the company’s best-selling models. Apple claimed it a few days after the official announcement of the iPhone 6S, on September 9.

The fact is that the 2015 iPhone is Apple’s largest “S” upgrade so far.

The biggest new feature is 3D Touch. It’s the next-generation multi-touch and the new way of interacting with the phone.

Sensors embedded behind the screen can distinguish between normal and more forceful touches. Thanks to that two new multi-touch gestures could have been introduced: peek and pop.

We can’t forget about the new 12-megapixel camera (upgraded from the 8-megapixel), which is capable of shooting 4K video.

There is also a 5-megapixel front-facing camera thanks to which you can “take a selﬁe worthy of a self‑portrait.”

We’ve updated the list of most stylish book-style iPhone covers – just in case you’d like to turn your new iPhone 6S into a small book of wisdom.

Now, let’s move on to a list of charts, visuals and comparisons from around the web that should help you analyze Apple’s 2015 smartphones in detail.

Click or tap on each image to see it enlarged. Make sure to follow the credit links to read more details. 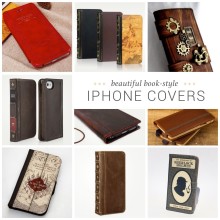 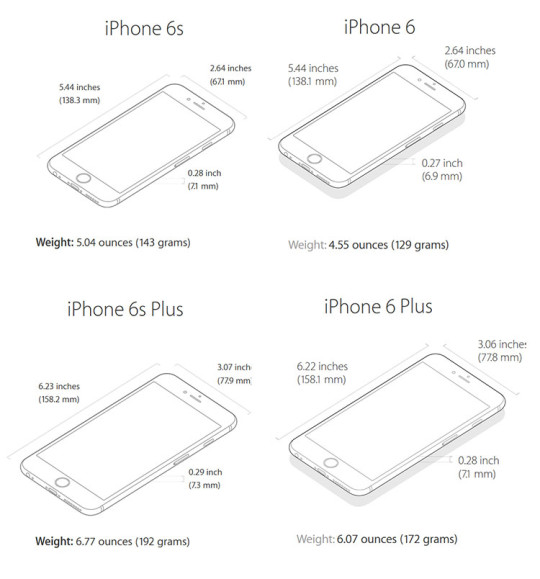 IBN Live took the 3-dimensional diagrams from Apple website and placed them side by side to compare the 2015 and 2014 model.

When it comes to dimensions, they are not exactly the same, but almost the same. The difference is not significant, so the cases that fit iPhone 6 and 6 Plus will fit their respective 2015 successors. Original Apple cases are sold both for the earlier and current generation.

What is much more important is the weight. Both the smaller and bigger iPhone 6S are heavier than their predecessors – the cost of an advanced technology hidden inside. ⇢ Credits and more info. 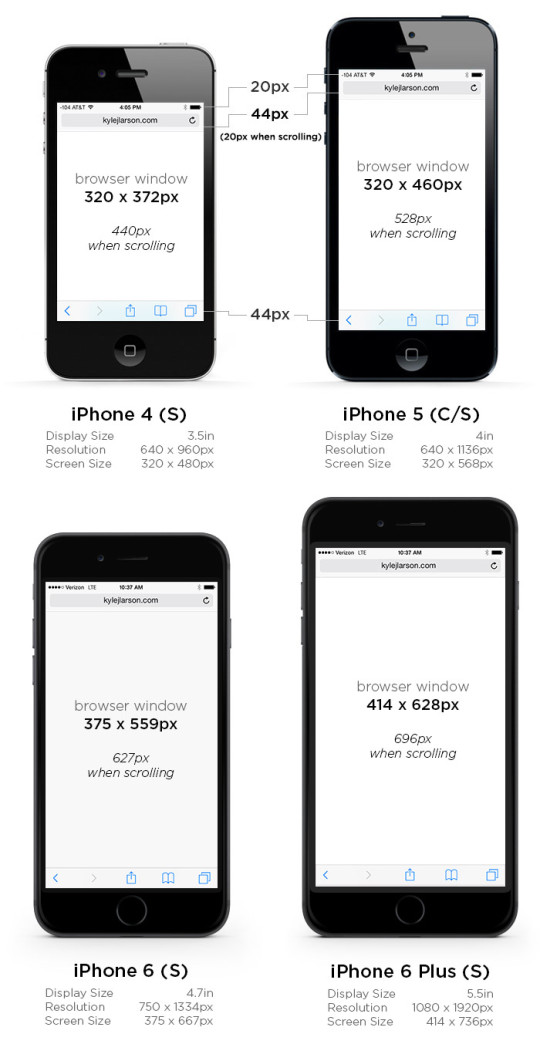 This chart will be extremely helpful for everyone who wants to upgrade from iPhone 4 or 5.

Designed by Kyle Larson, the visual compares three generations of the iPhone: 4/4S, 5/5S/5C, and 6/6S. You can compare display size, resolution, screen size, and the dimension of the browser window.

All that to let you decide which size of the iPhone 6S will be good enough for you. ⇢ Credits and more info.

iPhone 6S and 6S Plus compared 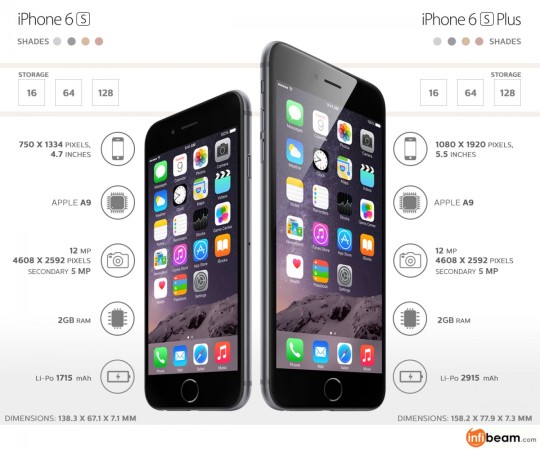 This concise comparison will help you decide which new iPhone suits you more.

The chart prepared by Infibeam compares side-by-side not only the sizes but also major features: storage, cameras, battery, and more. ⇢ Credits and more info. 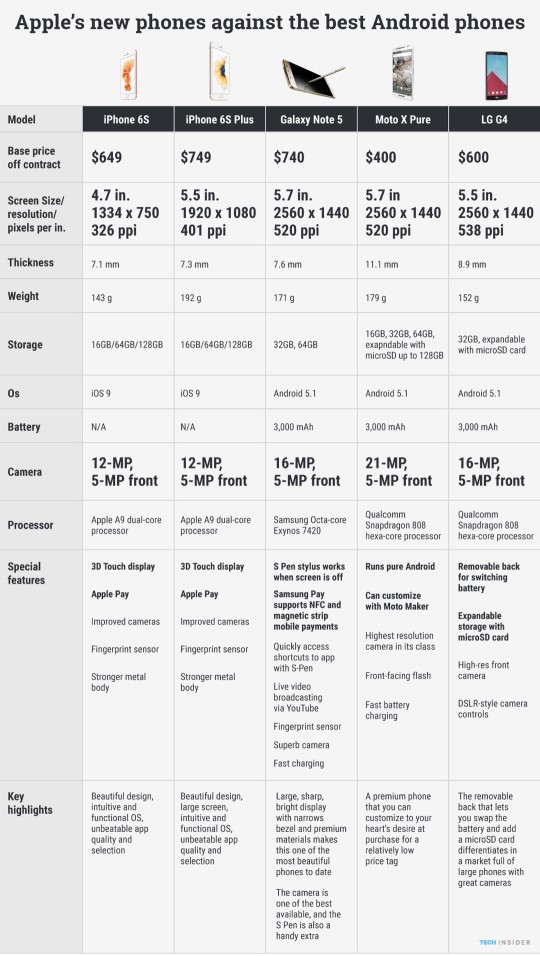 Still full of doubts whether the iPhone is the best solution?

As the editors from Tech Insider point out: “The current crop of Android phones aren’t anything to sneer at, so here’s a quick comparison of the new iPhones against the best Android has to offer.” ⇢ Credits and more info. 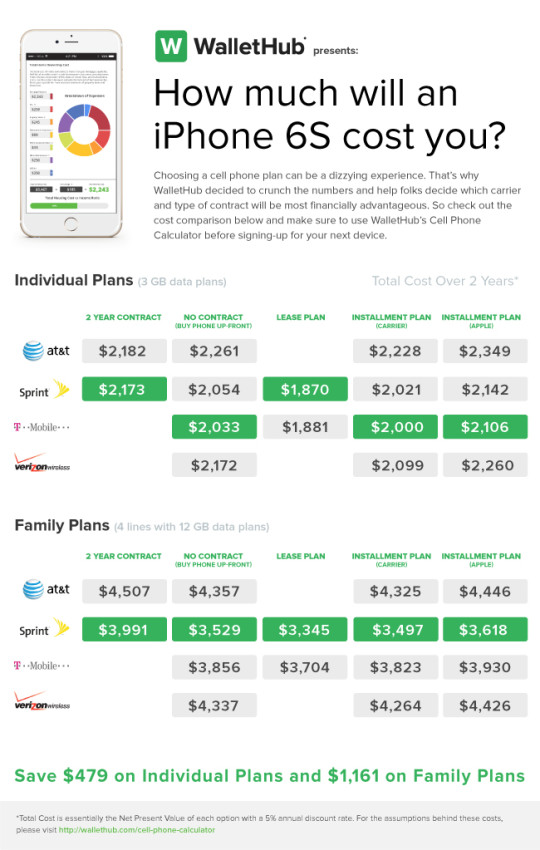 After you have chosen the right iPhone and its configuration, you begin the most important phase: where to get the best deal on it.

Value Walk has something for you – the chart that compares mobile carrier plans, both individual and family. ⇢ Credits and more info.

Finally, have a look at how iPhone 6S sells across the world and where it costs less.

Voucher Box, a UK-based website that offers vouchers and deals, has created a fully fledged infographic that compares the prices of the iPhone 6S in eleven countries.

It turns out that launch prices are the lowest in the U.S., Canada, and Japan. You’ll pay the highest price in France.

The price difference between the cheapest market (US) and the most expensive one (France) is around $190.

The infographic also lists launch prices of previous generations of the iPhone, together with the current second-hand price. ⇢ Credits and more info.

Is there anyone who didn’t scratch the iPhone’s screen in the first weeks after buying it. The thing is phones have to be heavy-duty, because we use them heavily.

All three smartphones pass the tests with medium level results, but iPhone 6S is a biy worse than the two others. ⇢ Credits and more info. 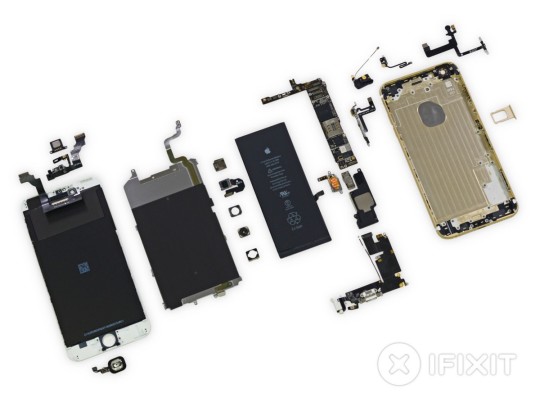 And here it something that will let you take a look inside – a teardown prepared by iFixit. ⇢ Credits and more info.

A perfect audiobook app – what features should it offer?
– September 3, 2020

You can now permanently delete Kindle books directly in your iPad app
– August 30, 2020

One Kindle feature Apple should implement in the iPad and iPhone
– August 26, 2020