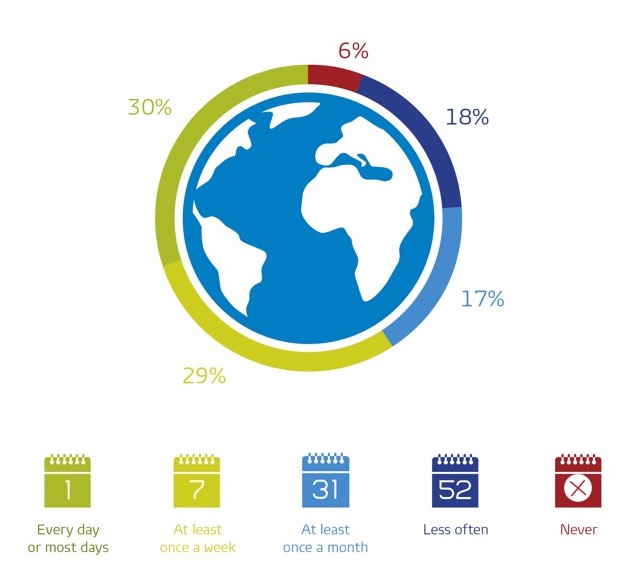 A chart from the report by GfK “Frequency of reading books 2017” / Image: GfK Global Studies

59% of online population reads books at least once a week, according to a report by GfK.

Which countries are most read in the world? A report from GfK Global Studies brings new numbers to the table.

The report is based on an online survey conducted among 22 thousand users from 17 countries, aged 15 or more. A simple question was asked about how often the users read books.

Below you’ll find two charts with the major figures from the report. But before let’s have a look at the highlights:

You can get a free copy of the report from GfK. It shows a detailed breakdown by income, age, and gender. You can also find inside over 80 quick charts, similar to the ones presented below.

Click or tap each image to open it in full resolution.

Frequency of reading books across the world 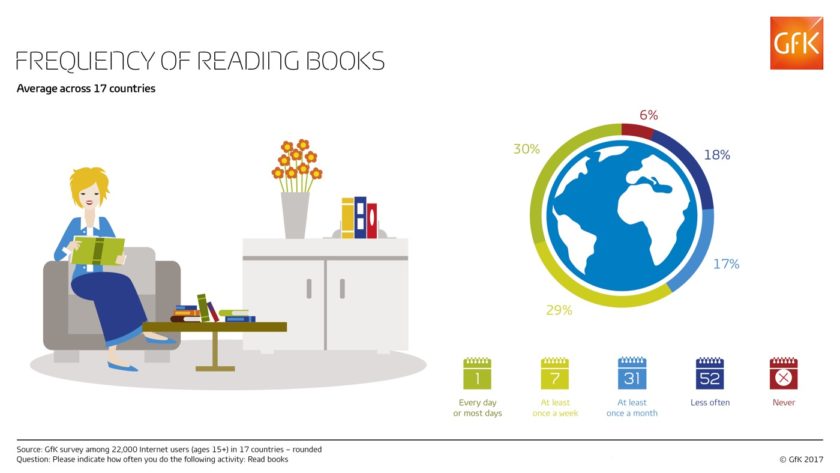 Frequency of reading books by country 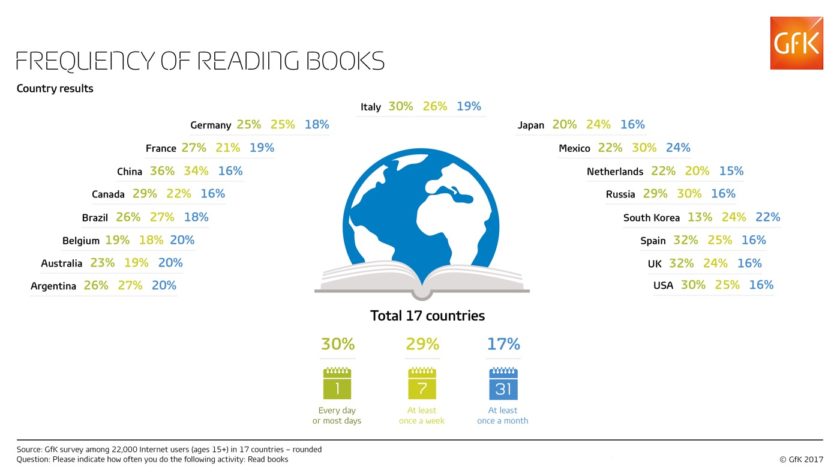 Frequency of reading books across the world (infographic) https://ebookfriendly.com/frequency-reading-books-across-world-infographic/ via @ebookfriendly