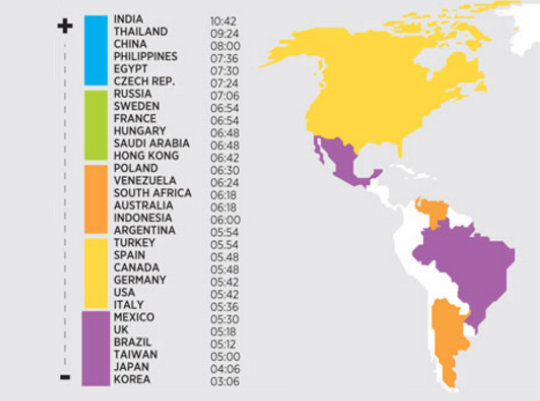 People in India are the most avid readers in the world. It’s the only country where, according to World Culture Score Index, readers spend with a book more than 10 hours a week.

This beautiful infographic designed by the team from Russia Beyond The Headlines, shows that in the top five countries there are also Thailand, China, Philippines, Egypt, and the Czech Republic.

The United States is in the fourth group (marked in yellow color), together with Canada, Germany, and Italy. Readers in these countries read between 5 and 6 hours a week.

And you? How much time do you read a week? 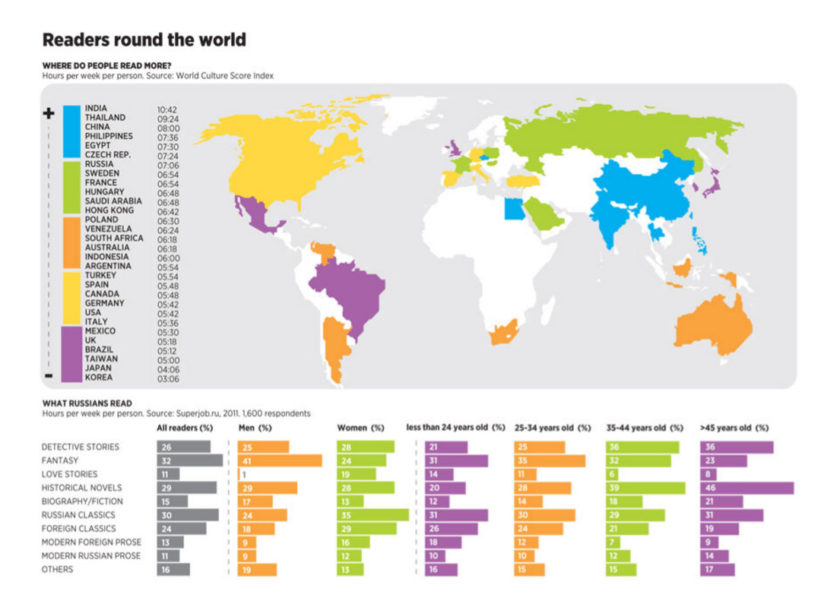 In which countries people read the most books? (infographic) https://ebookfriendly.com/reading-across-the-world-infographic/ via @ebookfriendly