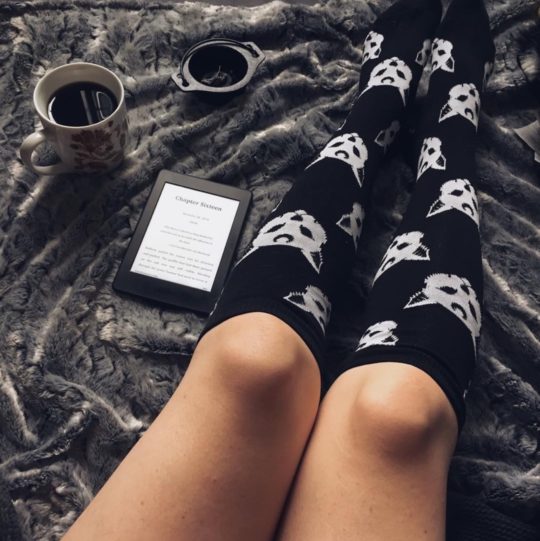 So glad that #socksunday exists. I finally have a reason to take pics of my dope sock collection. ?? Today I hope to finish a book that I was sent for review. It’s set in modern day Salem, Mass. so I’m definitely digging the witchy vibes. Hope you enjoy your Sunday, wraith fam!