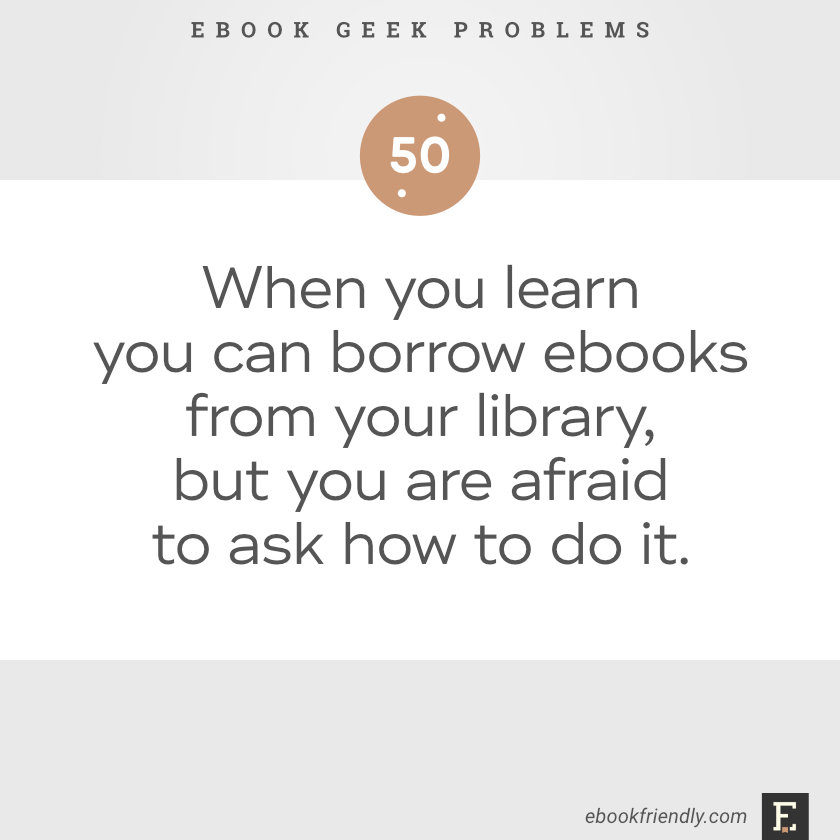 When you learn you can borrow ebooks from your library, but you are afraid to ask how to do it.