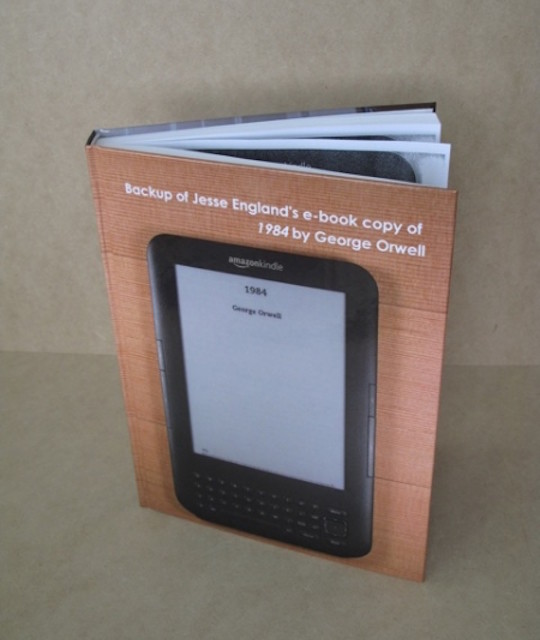 Jesse England is an artist and educator who deals with contemporary media and digital content.

Three years ago he started a project called Ebook Backup. He created a print copy of the Kindle book, by scanning his Kindle with every opened page. This way, he made a backup of the Kindle book, so that he can be sure it would never disappear from his ebook collection.

The project was a direct response to Amazon removing Kindle editions of George Orwell’s 1984 and Animal Farm from Kindle user’s bookshelves without prior notice.

Those particular copies were offered for sale by a publisher who did not have the proper rights to do so.

The project addresses one more thing. Making a backup of the ebook purchased in the ebookstore is not an easy process. When you’ll see how to back up Kindle ebook to the computer, you’ll realize no one wants ebook owners to actually own the titles they paid for. 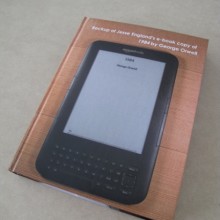 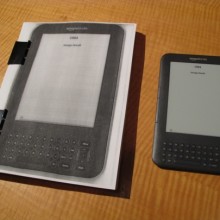 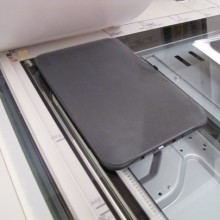 Artist makes a backup of the Kindle ebook, by scanning it page by page https://ebookfriendly.com/ebook-backup-art-project/ via @ebookfriendly