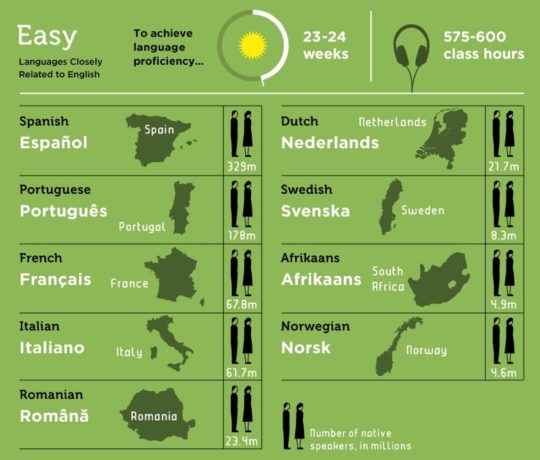 This infographic was released by Voxy a couple of years ago, but it’s worth sharing as it tries to sort popular languages out by the difficulty level.

The list is made from the point of view of the native English speaker. Opposite to the question asked in the visual’s title, I’d rather focus on finding out which languages are the easiest to learn.

The infographic lacks accuracy. For instance, there is no German language included, although it’s being used by 90-100 million people.

Are you going to learn a foreign language? Which one are you thinking of?

What languages are the easiest to learn? (infographic) https://ebookfriendly.com/easiest-easiest-learn-infographic/ via @ebookfriendly