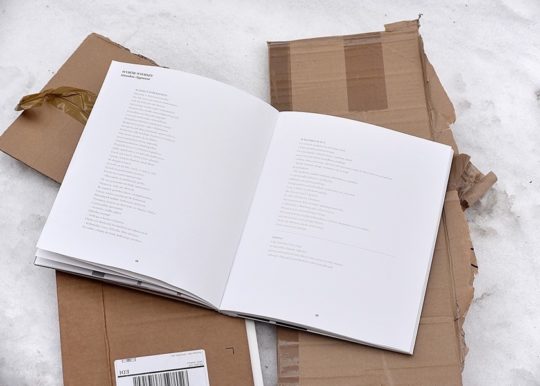 Invisible is a book you can only read in the same conditions in which it was written – outside, and in the cold.

Homeless people are “invisible.” We feel discomfort when we see them; we feel guilty we don’t help them. As a result, we usually pretend we don’t notice them.

Every year, hundreds of the homeless die of hypothermia, because they have no shelter and no help. In Poland only, as many as 75 homeless people have died this winter.

To draw attention to this issue, and organize support for those who most need it (all the homeless?), a unique book was released.

Texts selected for Invisible range from poems to memoirs, to essays. You’ll also find here a literary reportage and even a play script. They introduce the reader to the shocking world of those who are left behind and can rely only on themselves.

At first glance, the book looks like just being drawn out of a street shelter of the homeless. It’s wrapped in a packaging cardboard, the front cover being a collage of paper scraps that can be found in trash.

The most exceptional thing about this book, however, is when you open it. There is no text. You see blank pages. Do the homeless have something important to say, anyway?

Yes, they do. But you have to deserve to read it. Take your coat and go outside. Feel how it’s like to be living here.

A special temperature-sensitive paint was used to print the text. The letters, the words, the sentences will become readable after a couple of minutes – but only if the temperature is lower than 0 degrees Celsius (32 degrees Fahrenheit).

Homeless people are categorized according to harmful stereotypes. We forget that, just like us, they had jobs, homes, families, and friends – which they have lost for various reasons. Due to the lack of sensitivity, constant rush, and ignorance of people around them, they lost hope that they could change their lives for the better. We hope that our initiative will help change the attitude towards the homeless by letting them speak and showing their human sensitivity.

The project was created by the team from the Warsaw-based multi-channel agency Walk Group. All income from the sales of the book will support Kapucynska Foundation’s soup kitchen.

Invisible – the book that can be read only in the cold 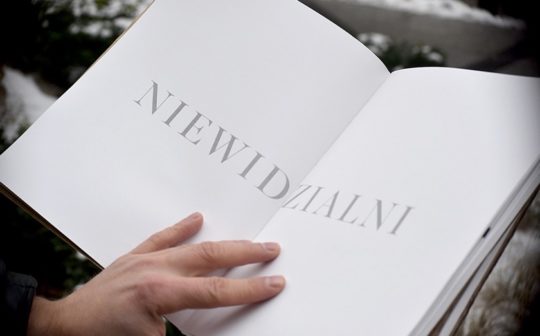 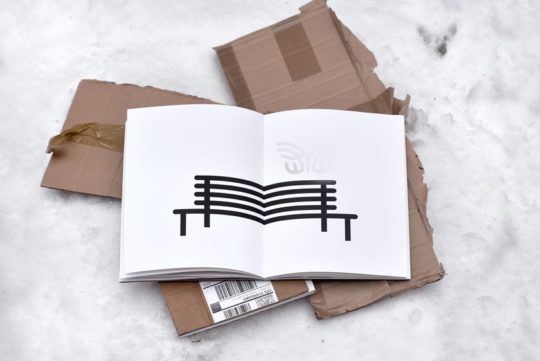 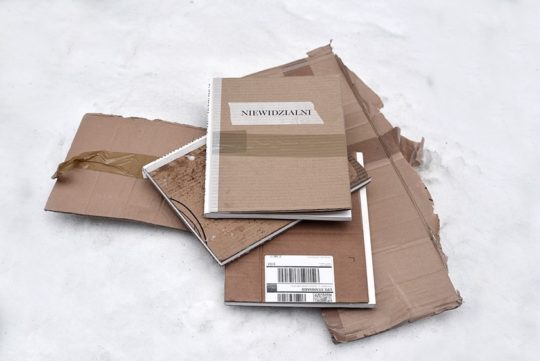 16 bookish decorations and ornaments, not only for Christmas
– October 22, 2021

This book, written by the homeless, can be read only when it’s cold https://ebookfriendly.com/unique-book-by-homeless-cold/ via @ebookfriendly