A possibility to publish a book in an electronic format, quickly and at no cost, is luring authors to digital self-publishing. There is one value that suffers most from it: quality.

In fact, in digital publishing we should keep as many steps of the traditional process as possible, especially the ones that result in a better book: manuscript check, editing, cover design, professional book marketing.

Agency Fish has put together a simple chart that guides us through the process of publishing a print book. There is much more to do than just: 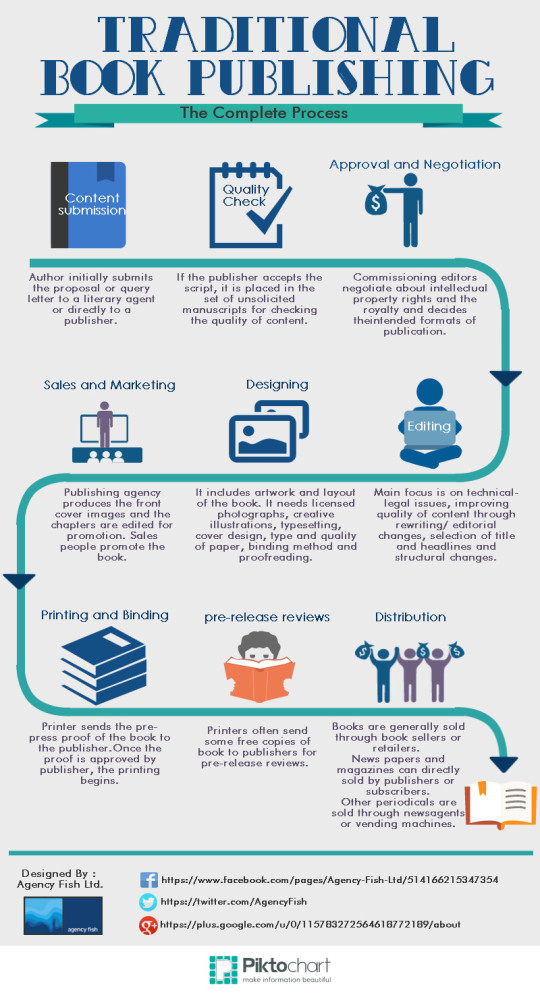